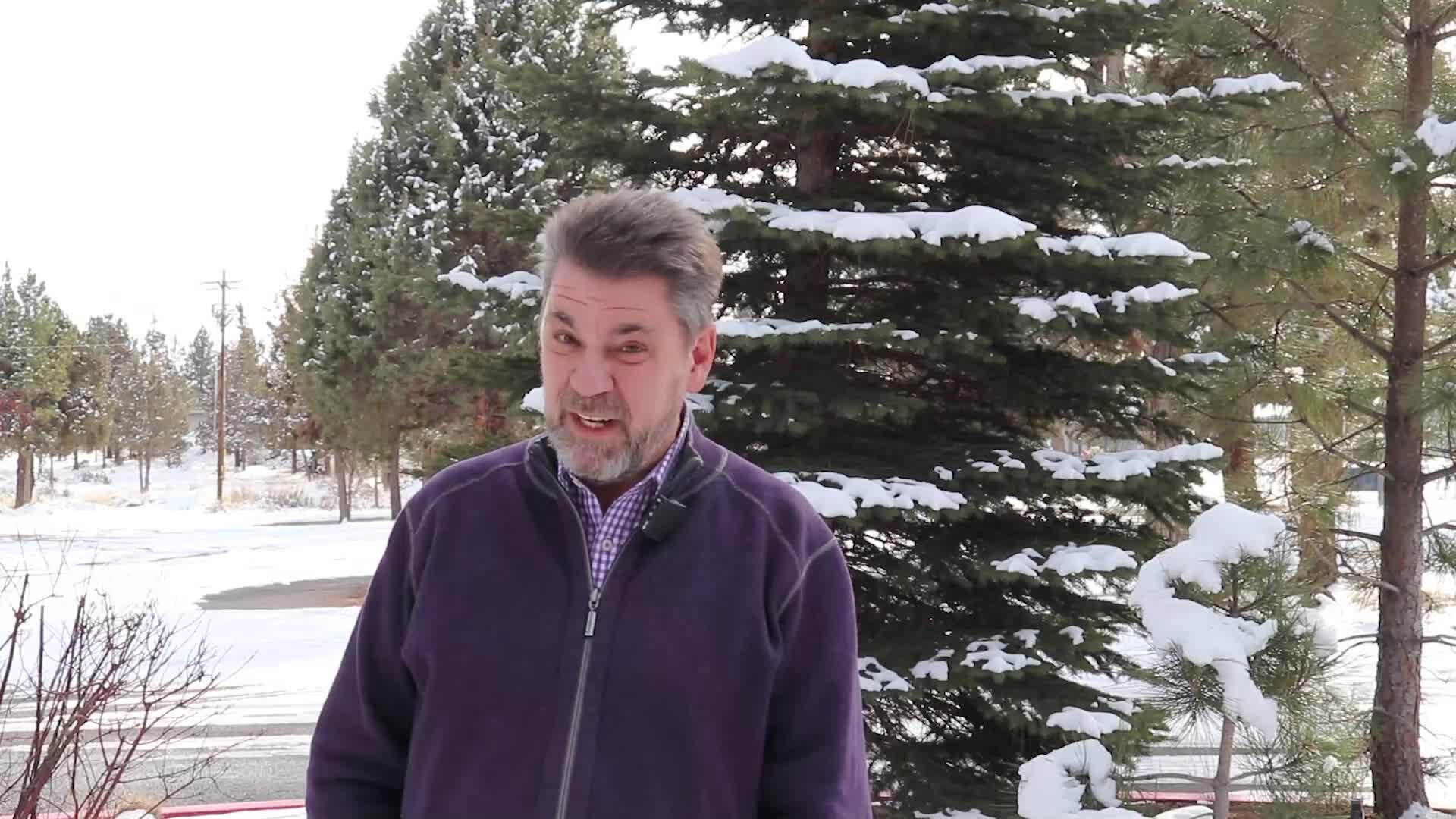 Words matter. Words destroy, words create, words hurt. Words heal the words of poet Amanda Gorman captured a nation’s heart and soul as she recited her poem, The Hill We Climb at the presidential inauguration. She said, Somehow we have weathered and witnessed a nation that isn’t broken, but simply unfinished. Amanda Gorman wore a ring to the inauguration. That was a gift that was the shape of a caged bird, and she wore it in tribute to the poet Maya Angelou.

She wore it to remember Maya Angelou, but she also wore it to kind of carry with her Maya Angelou’s spirit. But also Maya Angelou’s words. Where she said, “you can write me down in history with those tragic and bitter lives, you can trod me in the very dirt but still like dust, I’ll rise.”

“You may shoot me with your words. You may cut me with your eyes. You may kill me with your hatefulness. But still like air, I’ll rise. Out of the huts of history’s shame, I rise up from the past, rooted in pain, I rise, leaving behind terror and fear.”

“I rise into a daybook wondrously clear. I rise. I bring with me the gift my ancestors gave. I am the hope and dream. Of a slave. I rise, I rise. I rise.”

Now, those words are all the more powerful because Amanda Gorman herself, her entire life has suffered from a speech impediment where one of the ways that that impediment manifests itself is, she said her entire life she’s been unable to pronounce the letter R. And then she laughed and said, and here here I wrote a poem where five times I say, “we will rise”.

And I couldn’t say it. So she said for hours and hours and hours, I simply had to practice saying “we will rise”. Displaying in many ways the very strength it actually takes to rise.

In an interview, Amanda Gorman said that that we all have witnessed the power of words and how words can harm, how words can incite violence.

We will rise. We will raise this wounded nation. Into a wondrous one.

That’s today’s word, all this month, we’ve been kind of focusing on words, words that spark. Today’s word, rise. We will rise and as we rise, we lift others.

Today’s Bible reading is of a man who for many years admired hope from a distance from the Gospel of John. In fact, scholars suggest the writer of the gospel of John himself was a poet. Scholars suggest to us that that unlike the other gospels, Matthew, Mark, Luke, that John is not intended… most of the stories in John are not intended to be to be historical, but instead imaginative and in symbolic. So John is not necessarily trying to share with us the history of Jesus. But John, through imagination, is trying to illuminate the power and in the mystery of the life and the death and the resurrection of Jesus.

We can be paralyzed by hate. I mean, one could argue that our nation is immobilized, is paralyzed in racism, that somehow we’re just unable to move forward, where we’re unable to heal.

So you can imagine that that all around that pool are are people longing for healing, people waiting, watching, people admiring hope, hope over there in the water from a distance. So as I read this, this story from the Gospel of John, Chapter five, I invite you to kind of adopt a just a posture of curiosity to wonder and imagine what’s the deeper what’s the deeper meaning here? The story says that Jesus went to Jerusalem for one of the Jewish festivals, and there in Jerusalem there was a pool called Bethesda, which means the place of mercy seen around this pool were five covered colonnades.

And then here there were people, people longing for healing the blind, the lame, the disturb, the paralyzed who are lying there around that pool. And there was one man who had been paralyzed for thirty eight years. And Jesus saw him. And he learned how how long the man had been laying there, learned of his condition, and Jesus said to the man.

Do you want to be well? And sir, the paralyzed man said, Sir, there is no one to carry me to the water when it stirs and when I try, there’s always, always someone who gets ahead of me in front of me. And Jesus says to the man. rise. Take up your mat and walk. And the man rose, took up his mat and walked. Thirty eight years. That’s that’s a long time to be sitting on a mat, waiting, watching, admiring hope from a distance.

You know, sitting on a mat and waiting and watching and hoping for something to happen, admiring hope from a distance. Can become a way of life. Why thirty eight years? Why is the writer so, so specific, why didn’t why didn’t the writers say, you know, he’s been there a long time?

They wanted to go back to Egypt. The way they wanted to go back to the way things were, even though they lived in they lived in captivity. And they were blaming Moses, they’re blaming Moses for for all of their problems. And they weren’t able to recognize. The Manna. The bread from heaven that was in their midst, that that sustained them and. And kept them from starvation.

The great psychoanalyst Carl Jung said the person who has a pocketful of excuses, who is always looking for someone to blame, looking to blame their circumstances. That person is unable to recognize their own personal agency. And they stay stuck. For a long time. Carl Jung said, at a soul level, you alone, we alone own our pain. You know, others are part of our story. Others may inflict pain into our story, the sheer unfairness of life may inflict pain. But we alone, own our pain. And Young says that we alone can rise stronger, because of our pain. But as long as we project our pain outwards, looking for somebody to blame, looking for something to blame. We will stay immobilized.

I read a book recently called The Sun Does Shine by Anthony Ray Hinton, now you might remember him because he was profiled in the book Just Mercy in the movie, Just Mercy, the work of Bryan Stevenson. Anthony Ray Hinton was arrested. And placed on death row. For twenty eight years, for crimes he didn’t commit.

Can you imagine that? Twenty eight years for crimes he didn’t commit. And largely through the work of Bryan Stevenson, Hinton was exonerated because he wasn’t guilty and he was freed. And in his book, he said, even though I was physically free. I wasn’t really free, until I realized I have choices. He said, I had no choice in being placed behind bars for 28 years for a crime I didn’t commit. But he said bitterness was a choice. Despair was a choice. Hatred. Was a choice. I have choices.

Faith is a choice, he said, hope is a choice, but more than anything else. Love. Is a choice. I’m curious. Is that what Jesus was getting at? When he asked that really inappropriate question to the paralyzed man, you know, if you’re caring for somebody, I do not recommend this question when he asked him, “do you want to be well?”

Jesus didn’t lead the man, the paralyzed man, to the water. Jesus met the man where he was. And he said rise.

The word rise here in the Greek literally means to be aroused from your sleep, to be awakened. It’s actually the word used throughout the New Testament to describe resurrection rise. Rise is the promise that darkness and suffering and death do not have the last word. God does. And God’s word is a word that heals. God’s word is a love is a word of love, stronger than even death itself, a love that refuses to be defeated. A of that isn’t found somewhere over there in a pool of water, a love that you don’t simply admire from a distance, but a love that is found right here, right here. A love that gives us the strength to rise. To not just rise. But to lift our hands and be the ones that will help others rise.

Thank you for reminding us of the indomitable spirit that God has given to each one of us.

Thank you. Thank you for reminding us of the promise of our faith.

There is always light… If only we are brave enough to see it.

If only we are brave enough, to be it.