Posted: Sun, May 1, 2022
May 1st: Liberate Jesus, with Rev. Dr. Steven Koski. William Willemon used to be the Dean of the Chapel at Duke University, and one day he received a call from an irate father yelling, I hold you personally responsible for this. He was angry because his graduate school bound daughter had decided, in his words, [...] 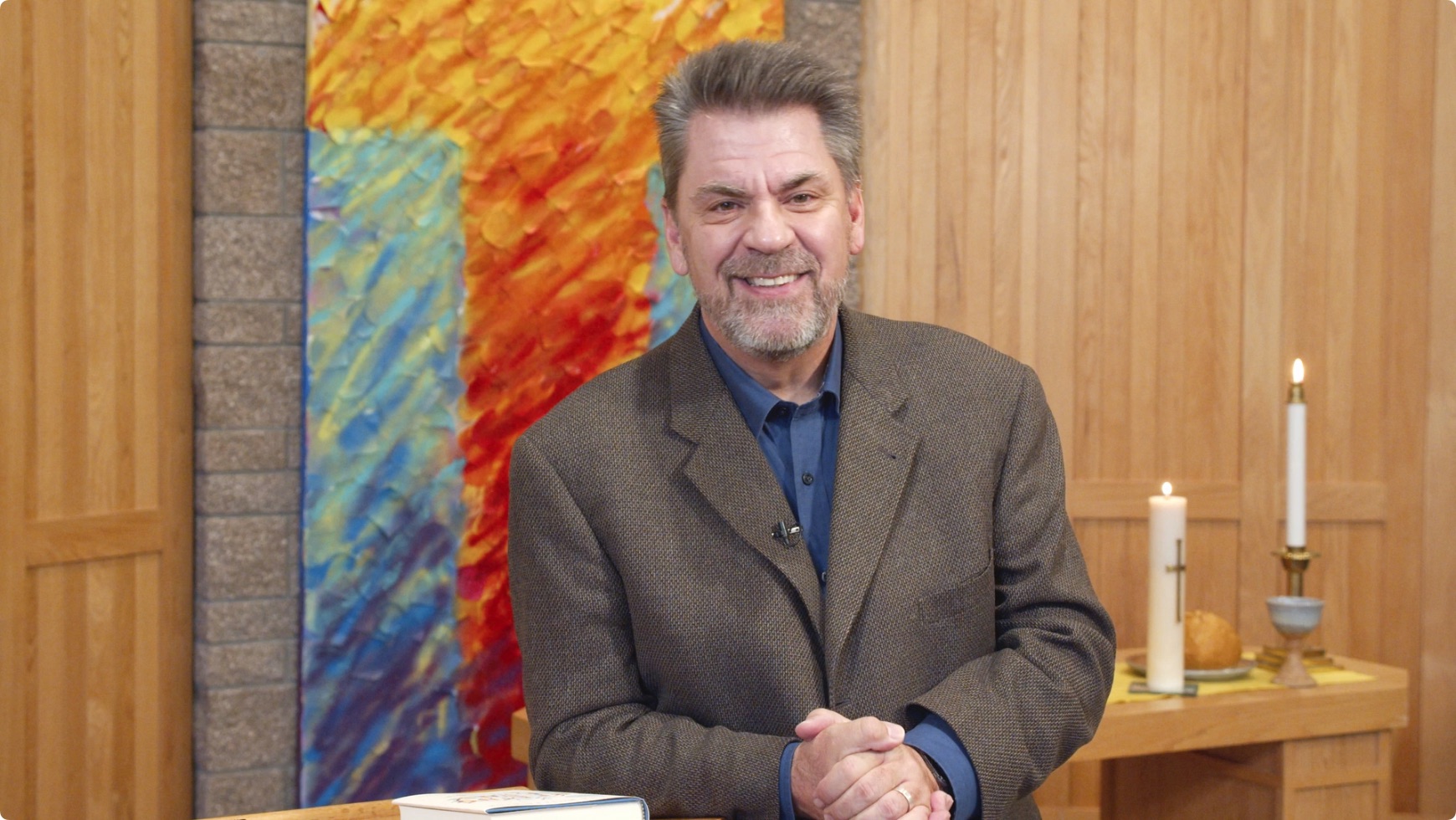 William Willemon used to be the Dean of the Chapel at Duke University, and one day he received a call from an irate father yelling, I hold you personally responsible for this. He was angry because his graduate school bound daughter had decided, in his words, to throw it all away and go and do mission work in Haiti with the Presbyterian Church. The father screamed, this is absurd. She has a degree from Duke and is accepted into the best graduate school in the country, and she’s going to dig ditches in Haiti. I hold you responsible for this, Willemon asked the father.

Sir, weren’t you the one who had her baptized? Well, yes. And didn’t you take her to Sunday school when she was a little girl? Didn’t you allow your daughter to go on those youth mission trips when she was in high school? Sir, with all due respect, you are the reason she’s throwing it all away.

You introduced her to Jesus, but said the father, all we wanted was for her to be a Presbyterian. William smile. Willemon smiled and said, Well, I’m sorry, sir. You paved the road for your daughter to give her heart to Jesus, and when that happens, you can’t help but give your heart to others.

We’re beginning a new worship series called Freeing Jesus, based on a book by Diana Butler Bass with the same title. Jesus asked his disciples, who do you say that I am? We’re going to invite you to imagine Jesus asking you that same question over the next few weeks. Who do you say that I am? Jesus is always bigger than the boxes we build to try to contain Jesus.

And our hope is to free Jesus, to free Jesus from those boxes that we might be freed to follow Jesus in new ways. The spiritual path is moving from a second hand religion based on what others have told you to believe to a personal faith that claims your heart. In the first century, the word belief meant something very different than what it means for us today. In the first century, the word belief actually didn’t mean theological statements that you agree with to believe in the first century meant to trust or to give your heart. Today, there’s often more emphasis on believing the right things about Jesus than giving our hearts to Jesus.

One of the greatest theologians of the 20th century, Abraham Heschel said, the beginning of faith is not belief or knowledge, but mystery, awe and wonder. If you think you understand God, it’s not God. As we begin this worship series, Freeing Jesus, I want to set the stage by asking you to loosen your grip on what you think you already know about Jesus, loosen your grip on the conclusions you’ve already made about Jesus. Again, Jesus is bigger than the boxes we build to try to contain him.

What if the goal of faith isn’t arriving at a conclusion but an invitation into mystery? That can’t be contained.

Mystery isn’t the absence of meaning, it’s the presence of more meaning than we can comprehend. The Apostle Paul and Ephesians put it this way, May you experience Christ’s love that is beyond anything you can possibly know.

Opening ourselves to the mystery of Jesus that can’t even be explained frees us from those silly arguments about whether we believe the right things about Jesus. I love the story from the Gospel of Luke, where it says Jesus was standing on the shore of the Sea of Galilee. The crowd was pressing in on Jesus to hear what he had to say. Jesus already had the reputation of speaking in a way no one had ever heard before. People experienced healing in his presence.

He attracted a crowd because there was something about Jesus people couldn’t explain, but they were drawn to him. It says Jesus noticed two boats tied up. The fishermen had just left them and were scrubbing their nets. Jesus climbed into the boat that was Simon’s and asked him to put out a little from the shore and using the boat for a pulpit, Jesus taught the crowd. When Jesus finished teaching, he said to Simon, who later became known as Simon Peter, Push out into deep water and lit down your nets for a catch.

They were cleaning their nets, exhausted, discouraged, defeated, ready to go home for breakfast and a nap. Life can often feel like that. We work hard, pray hard, believe hard, and don’t get the results we desire or think we deserve. Life doesn’t go as planned. In fact, life can be downright on there, leaving us feeling defeated and depleted.

Our nets are empty.

When we’ve been up all night working, struggling, striving, trying as hard as we can. When we’re exhausted, ready to give up. When we’ve reached the end of what we think, we know.

That’s where Jesus meets us.

It was my first week as a chaplain on the Children’s Cancer Unit. I was asked to go to the room where a six year old had just breathed his last.

I felt helpless. You know, all my life I could always rely on my skills and my knowledge. I thought I had my theology for such a moment all worked out. And all of a sudden, in that moment, nothing made sense.

My nets were empty. I’ve been going to Church my whole life. I was a chaplain, for God’s sake. I realized I knew a lot about Jesus.

It wasn’t like I received an answer I was conscious of. I went into that hospital room scared, feeling completely inadequate.

The next thing I knew, I was anointing this beautiful child. I was praying and saying things that I hadn’t read in some book or learned in some class that I can honestly say those words came from somewhere else.

I can’t explain what happened.

A love was present in that room that was stronger than death, and that love moved through me and through my words and somehow unfolded everyone in that room.

I felt I tangibly felt the presence of this love holding me, and I was sure it was Christ.

I can’t really explain it. I don’t understand it.

I encountered the mystery of one who was so much bigger than the box I had built to hold him.

Is that what Paul meant in Ephesians when he said, May you experience a love beyond anything you can possibly know.

So back to the story. Simon and his friends had been fishing all night. They caught nothing. Jesus said to Simon, Push out into deep waters and lit your nets out for a catch.

What did Heschel say? If you think you understand God, it’s not God, Simon said to Jesus, we’ve been fishing all night and haven’t caught a thing. But if you say so. I’ll lit out the nets and it was no sooner said than done. A huge hall of fish straining their nets to capacity.

Leave me to myself. When they pulled in that catch a fish, scripture says, AW overwhelmed Simon and everyone with him. And Jesus said to Simon, there’s nothing to fear. From now on, you’ll be fishing for men and women. They pulled their boats up on the beach, left them, left their nets, left everything, and followed Jesus.

I’m struck that Simon’s invitation to faith wasn’t asserting what he believes.

He encounters a mystery that takes his breath away and claims his heart. Williams, Lord Coffin said, the miraculous catch in the story is not all the fish Simon and the others caught that day. The real miracle is that Simon and the others were caught in the net of Christ love. They were caught in something greater than themselves. They were shown a reality greater than the reality of their empty nets, and they chose to give their lives and their heart to that mystery I’ve shared with you.

Before that I’ve had times in my life when I’ve been overcome with depression.

There was one such time when my nets were empty. I felt defeated, depleted. I felt actually beyond the reach of love. I attended Sunday night worship service at just a really small Church in downtown Chicago to support a friend of mine who was preaching that night. This particular Church focused on being a welcoming space for the LGBTQ community and anyone who felt like they weren’t welcome in other spaces.

And I confess there were times I felt my depression wasn’t always welcome and wasn’t always welcome in Church spaces, that it somehow was a sign of a lack of faith and that something was wrong and deficient with me. Well, that night I sat in the back row. Maybe you’ve been there. I hope not to be noticed. My plan was to make a quick exit at the end.

At the end of the service, they welcomed people forward to have Communion. There were only about 25 in the congregation that night. It would be kind of obvious if I didn’t go forward.

I reluctantly went forward, telling myself I would quickly take the elements and then just make a quick exit out the door.

There was a man holding the bread and a woman holding the cup. I was startled when the man asked my name. He gently placed his hand on my shoulder, looked me in the eyes and said, Stephen, this is the bread of life broken for you. Eat this and know you are deeply loved.

Now I had not only taken Communion, but I presided at Communion hundreds of times, but I felt something break loose inside of me. I was a bit wobbly on my feet, managed to move to the woman holding the cup. She looked me in the eyes and said, Steven, this is the cup of Grace poured for you. Drink deep and know that you are loved beyond your imagining.

I could barely get back to my Pew when everything I was trying to contain just broke loose inside and I began to sob. An elderly black woman slid down the Pew and gently asked if she could put her arm around me. She didn’t say a word.

She just held me as I sobbed.

I was caught in the mystery of a love I can’t explain or understand now. It didn’t magically cure my depression, but I knew. I knew that I was not beyond love.

And that made all the difference.

So go ahead push out into deeper waters? Freeing yourself from the anchor? Of what you think? You already know? About Jesus?

You just might meet Jesus again? For the first time?