Posted: Sun, Oct 23, 2022
Oct 23rd: The Joy of Seeing, with Rev. Dr. Steven Koski. This is the time of year that we focus on the spiritual practice of generation and what it means to live generously. Over the next several weeks, we’re asking you to pay attention to pay attention to where and how God might be calling [...] 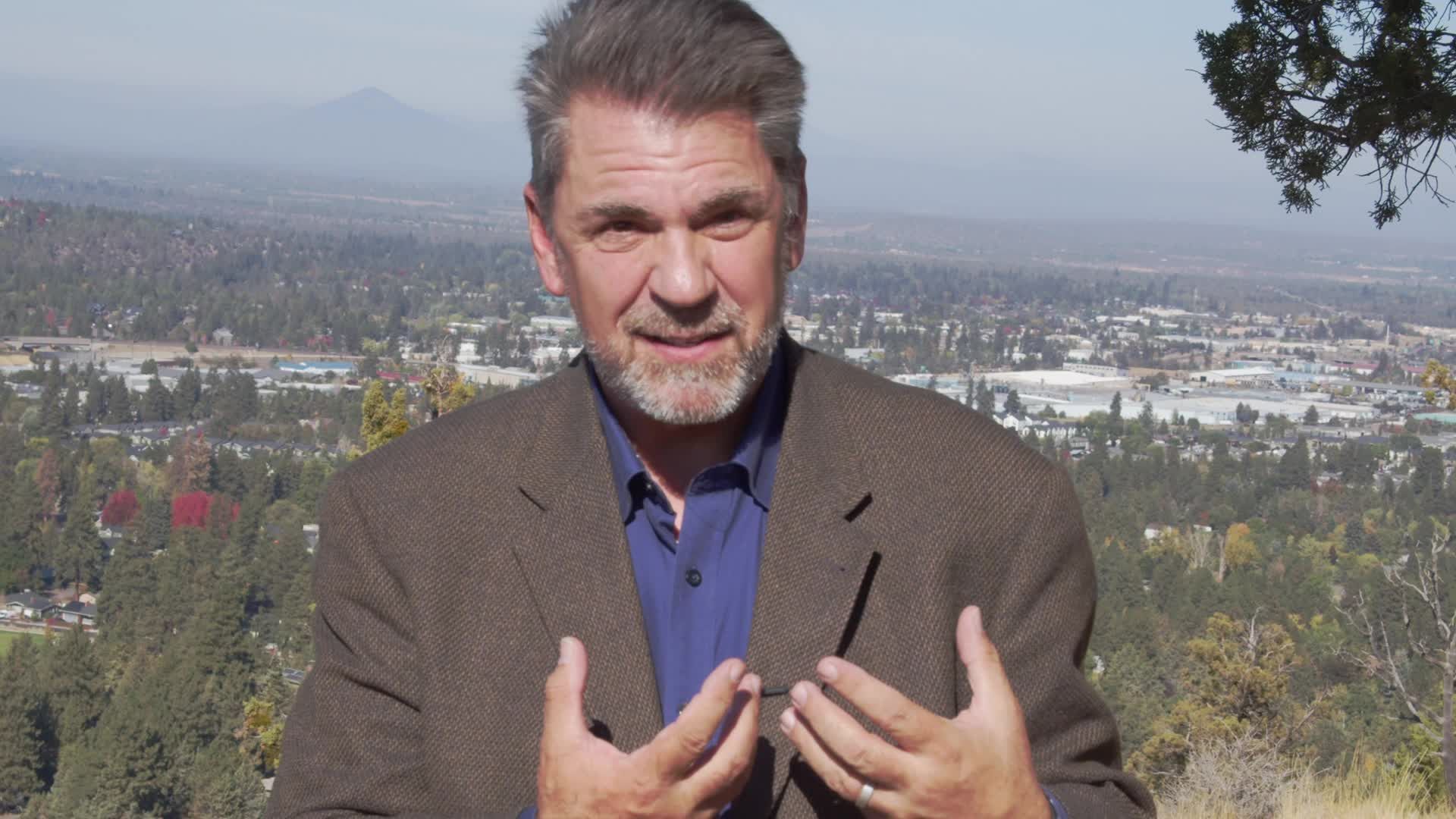 I mean, what are you passionate about? What are your gifts and your strengths? You know, I think of Brian Cash, one of our church leaders and the driving force behind making our online worship possible. Brian exudes joy when he talks about technology and how technology can be used to deepen the impact our church has in the world. Yeah, I think of Mimi Graves, one of our church leaders, who has this amazing gift of hospitality and is just absolutely passionate about connecting people.

I mean, she lights up when people who don’t know each other in the church are able to make a connection.

What makes your soul come alive? So one half of the equation of discerning God’s call is to look inward, reflecting on our deep gladness.

The journey of faith is having new eyes.

His parents had to give a DNA test to be able to identify him because the carnage made their precious child beyond recognizable. Do not look away.

Overcome with a storm of emotions from profound and helpless sorrow to absolute outrage, our instinct may be to avert our eyes from this picture of beautiful Rohlio Tores. Or maybe we don’t want to feel those emotions at all. So we avoid looking at the picture in the first place.

What if Rohlio was your son or grandson? How would you feel if someone if someone looked away to protect themselves so that they wouldn’t have to see and to feel and to know the suffering of your child or your grandchildren? When we cease to see, we cease to love.

I think it was Benjamin Franklin who said, there will be no justice in the world until those who are unaffected by injustice are as emotionally impacted and outraged as those who are suffering.

I heard the story of a mom who was driving with her son, and they were stopped at an intersection where there was a man who was holding a sign. And the sign read, homeless veteran, very hungry. Please help. I mean, she reached into her purse to give him something, and as she generally did, and her son said to her mom, it’s just easier if you don’t look. She said to her son, I know, honey, but Jesus wants us to see.

Yes, Jesus wants us to see. To really discern God’s call to us, we need to be willing to see. Our Bible reading is from the Gospel of Mark, chapter eight, verses 22 to 26. It’s kind of a strange one. It goes like this.

Jesus and the disciples came to Bethesdaida, and some people brought a blind man and begged Jesus to touch him. Jesus took the blind man by the hand and led him outside the village.

Let’s look at this story. So Jesus and his disciples came to beseida a town on the northern shore of the Sea of Galilee. Some people bring a blind man to Jesus and they beg Jesus to touch the blind man.

That this blind man had people bringing him to Jesus and begging Jesus to touch him is really significant. I mean, we learn right away in the story that this man this man was not alone. And that’s extraordinary because the prevailing theology of the day was that disease and afflictions came about because of your sinfulness. So this man being blind was somehow the result of his own sin, and he somehow caused and deserves to be blind. Now, that’s terrible theology.

Yet an undercurrent of that kind of thinking still exists today. Rather than looking at the structural sin and brokenness of our society that leads the homelessness, some would look at the man holding the cardboard sign asking for help and blame him for being in the situation he is in because of the theology of his day. The man who is blind is also considered to be to be unclean. And it was the law of the day that you do not associate with you do not touch anyone or anything that is unclean, lest you become unclean. In other words, you look away.

So the fact that this blind man has people bringing him to Jesus is incredible and courageous. People who were unclean in that day, perhaps even in this day, would just simply cast aside. I mean, they were invisible.

They cared so much for this man’s wellbeing that they were willing to beg Jesus to break the law of the day by touching Him where Jesus himself would become unclean.

Do you even see those in need of a healing touch?

Then in the story, Jesus does his Jesus thing, and he takes the blind man by the hand. It says, don’t miss that detail. He takes him by the hand. He touches him. He leads him to the outskirts of the village.

Jesus spits. That’s the weird part of the story, but in the ancient cultures, saliva was actually thought to have healing powers. And then Jesus asked the man, can you see anything? And it seems his sight is only partially restored because he sees people, but they look like trees walking. Then Jesus lays his hands on him again.

He touches him again, and the man sees everything clearly.

Jesus really wanted him to see.

Recovering our sight. I was in the Philippines, hosted by the Sisters of Burcy, who ran an orphanage adjacent to this huge garbage dump. I mean, it’s huge. Called Smokey Mountain. It was called Smokey Mountain because on the edges of it, it was constantly burning.

People lived on the outskirts of this garbage dump, spending their days grounding to the garbage, hoping for something to eat or hoping to find something that they could sell so that they could buy something to eat. And the smell was so unbearable that I had to hold a handkerchief over my mouth. Sister Lilia was our host. One evening, we attended an outdoor Mass near where the people were living in their kind of makeshift tents, mostly made out of cardboard. And they would actually hold a Mass at least once a week in order to give large chunks of bread away, especially to the children as part of the Communion, knowing that’s the only meal that some children actually might have that day.

And at that Mass, there are hundreds, hundreds of men, women and children gathered.

That’s what’s wrong with this picture. They’re not doing anything. They’re not crying because they are too weak and hungry. And if you look close enough, you can see that their hair is tinged red from malnutrition.

She said, look again. These children are dying.

I didn’t want to look.

It was too hard to look.

And Sister Lily, I must have sensed that because she said, Please, peace. Don’t look away. The world turns its back on these children and looks away. You must be willing to look and see them, really see them, because the only thing worse, she said, than being hungry is being invisible.

Sister Lilia said, Please, I plead with you. The next time you’re preaching or or baptizing and a child is crying, crying in your church or crying on a plane, see these children here at Smokey Mountain. Don’t forget these children. See them, pray for them, pray for their parents, and give thanks to God that the child who is crying has the strength to cry.

To discern and live God’s call for our lives. It’s to pay attention to our deep gladness and be willing to look at the world, see the world in all its pain, anguish, brokenness, see, really see, and then ask, how can my deep gladness touch the world’s pain?

Are you willing to see the loneliness and the grief in your neighbor who greets us, who greets you from a distance when we’re willing to see mercy follows. The journey of faith is not arriving at new landscapes, but seeing with new eyes, having our eyesight recovered and asking, how can my deep gladness touch this pain and be part of God’s work of healing and restoration? The gladness and the generosity of our hearts and the boldness of our love is the healing touch. The pain of this world is waiting for.

The boy said to his mom, you know, mom, it’s just easier if you don’t look.

I know, honey, she said, but Jesus wants us to see.