Posted: Sun, Nov 21, 2021
Give Generously, with Rev. Dr. Steven Koski. There’s a Presbyterian Church in Eleple, Syria that was destroyed by bombs. The Church refused to retreat in fear. They felt an urgency to be a strong presence of love and hope in a place that felt utterly hopeless. Through the support of Presbyterian churches around the world, [...] 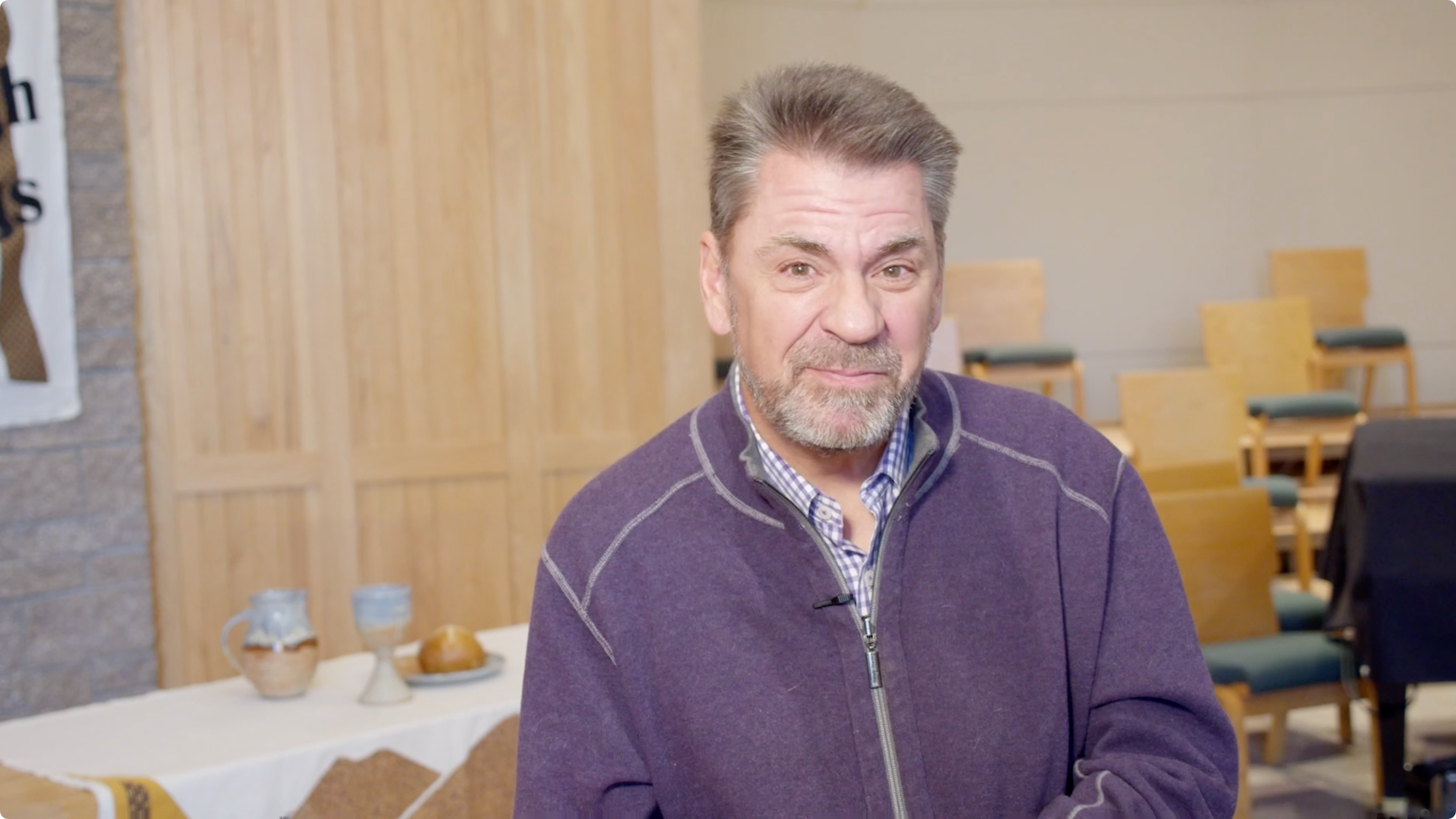 There’s a Presbyterian Church in Eleple, Syria that was destroyed by bombs. The Church refused to retreat in fear. They felt an urgency to be a strong presence of love and hope in a place that felt utterly hopeless. Through the support of Presbyterian churches around the world, they were able to rebuild their Church even though many told them it would be foolish to do so. They have a renewed commitment and resolve to remain a powerful witness of Christ’s love.

In the midst of a city torn apart by hate and violence, the pastor of this Church risks his life every single day to go ring the Church bells so that those hiding in fear will know the Church is a place they can find refuge and bread, at least for that day. Amidst the sounds of gunshots and bombs dropping, the Church bells ring proclaiming the love of Jesus Christ that will not be defeated.

No one could blame the people of this Church if they retreated in fear and if they just tried to survive, but they remain and they not only remain, but they risk their lives to feed the hungry, to care for the sick, to give hope to the hopeless, to proclaim the gospel.

I think of the sacrifices the people of this Presbyterian Church in Syria make for the love of Jesus to be real and visible in a place of such despair.

And I’m humbled and inspired. I think of the pastor who risks his life every day to ring the Church bells in the challenging days ahead. What will be our witness? How will we make the love of Jesus real and visible?

I’ve been a pastor in Ministry for 34 years. I can honestly say this moment right now may be the most challenging and critical time for the Church than any other time I’ve experienced over the span of 34 years of doing Ministry.

These are uncommon times that call for an uncommon generosity.

We are wired for generosity. Scripture says. We’re created in the image of God. The very nature and character of God is an uncommon generosity. That’s part of who we are.

Think of how you come alive when you selflessly give of yourself to others. Brain research has shown that even when you think about giving generously, the pleasure centers in your brain light up. Research has shown that people are healthier, happier, have less stress when they live from a place of uncommon generosity. Jesus summed it up what he said in everything I did. I showed you that it is more blessed to give than to receive.

Today’s story of the five loaves and two fish feeding over 5000 people must have been really important to the earliest followers of Jesus because it’s the only miracle story told in all four Gospels. There’s evidence that when the earliest followers of Jesus gathered after Jesus was killed, they would gather under the cover of darkness. They’d break bread, drink wine. Remember Jesus, and they would always retell this story about five Lowes and two fish feeding thousands. There’s something central to the story about what it means to live with an uncommon generosity following in the way of Jesus.

The story takes place on a northeast shore of the Sea of Galilee in a field outside of town called Basseta, a fishing village. Now a huge crowd had been following Jesus, listening to him teach, hoping to be healed, bringing their children to be blessed. And the story says, When Jesus looked up and saw a large crowd coming toward him, Jesus said to Philip, Where are we to buy bread for these people to eat? Notice the first response of Jesus was concerned that people were hungry and Jesus asked, how are we going to feed these people?

Nikolai Berdyaev wrote, “Bread for myself is a material question. Bread for my neighbor is a spiritual one”.

Jesus asked, how are we going to feed these people?

How are we going to feed these people?

The story continues. Philip answered, Jesus, Jesus, six months wages would not be enough for each of them to get even a little bit of food.

I don’t know about you. I can still relate to Philip. My first response often comes from a place of scarcity and fear, focusing on what I don’t have, how big the problem is how I don’t have enough. The story then says one of the disciples, Andrews, Simon Peters brother said to Jesus, there’s a boy here who has five barley loaves and two fish. What there’s 5000 people.

Notice the absurdity and honestly, the goodness of Andrew’s comment to Jesus, there’s a boy here. He has a lunch basket with five small pieces of bread and a couple of fish.

I wonder if I would have had the courage to offer an observation about such a meager amount of food to Jesus. I mean, on the surface, it sounds absolutely ridiculous. There’s 5000 hungry people. But hey, what about these five small pieces of bread and some fish? All too often I’m too much like Philip with the very rational observation that six months wages wouldn’t be enough to feed these people Jesus.

So I don’t know why you’re asking us this absurd question.

I wonder really, if we’re called to be like Andrew in this story that our job is to offer what we have, whatever it is, no matter how small it might be.

The abundance in the story doesn’t come from the factual observation of Philip that will cost a lot of money to feed people, and I’m pretty sure there won’t be enough.

The abundance in the story begins with a boy who has a basket lunch of five small pieces of bread and a couple of fish, and with Andrew who notices it and somehow trusts what Jesus can do with something so small. And the little boy who is willing to give what he has for the sake of others. This boy doesn’t keep a piece of bread for himself or a portion of fish for himself. That’s what I would have done, particularly if I was hungry. The boy offers his whole lunch to feed other people, and then God takes what is offered and turns it into something we can’t possibly imagine.

The story reminds us that when we live with a heart of uncommon generosity, our meager resources in God’s hands will always be transformed into abundance, Anne Lamott said. When I begin to feel deprived and afraid and find myself turning inward, clutching tightly to what I have, it’s a sure sign that I need to start giving and to give more than I’m comfortable giving, I will go and find some homeless mothers and hand out tens and twenties. I know that giving is the way we can be abundant.

Giving is the way we fill ourselves up.

Jesus asks, how are we going to feed all these people? Andrew says, here’s a boy, he has five loaves and a couple of fish. The boy gives his lunch to Jesus, and you know the rest of the story, 5000 people have enough to eat, and there’s even twelve baskets full of leftovers.

It’s tempting to want to explain how this happened. Was it some supernatural miracle where Jesus keeps multiplying the loaves? Maybe the more I know, the more I don’t know. I do know that what we have to offer. This world might feel small, insignificant, not worth mentioning.

But when we loosen the grip fear has on our hearts and when we dare to live with an uncommon generosity, miracles happen.

Jesus asked us to wrestle, to really wrestle with a question.

Maybe we begin answering that question by choosing to live with an uncommon generosity, sharing what we have trusting in God’s hands. It will be enough. More than enough friends. If you’re part of our Church community and share in our mission, you should have received a stewardship brochure and a pledgeguard inviting your oncoming generosity, supporting the work of love that is ours to do in 2022. If you’re part of our online community or connect to our worship on television, we’d be so grateful for your support and you can pledge online.

These are uncommon times that call for an uncommon generosity. My wife, Laurie and I will be increasing our financial commitment for 2022. And if you’re able, I ask you to join us. Whether it be one dollars or $100,000. Every gift matters.

Every gift makes a difference.

I keep thinking about that Presbyterian Church in Syria that stands as a bold witness to Christ’s love and hope in a city torn apart by hate, violence, and hopelessness. I keep thinking of that pastor who risks his life every day to ring those Church bells.

What will our witness be? How will we make the love of Jesus real and visible in these troubling days amidst the backdrop of so much division and despair where so many are hungry for good news?

May our Church bells bring loud and clear through our uncommon generosity.