Posted: Sun, Mar 28, 2021
March 28, Again and Again: We Draw Courage Here I am in the wonder room in the church, this is the space to nurture the wonder and the imagination and the creativity of our children. Today, I am in this space because I’m inviting us to ask a question that might kind of nurture our [...] 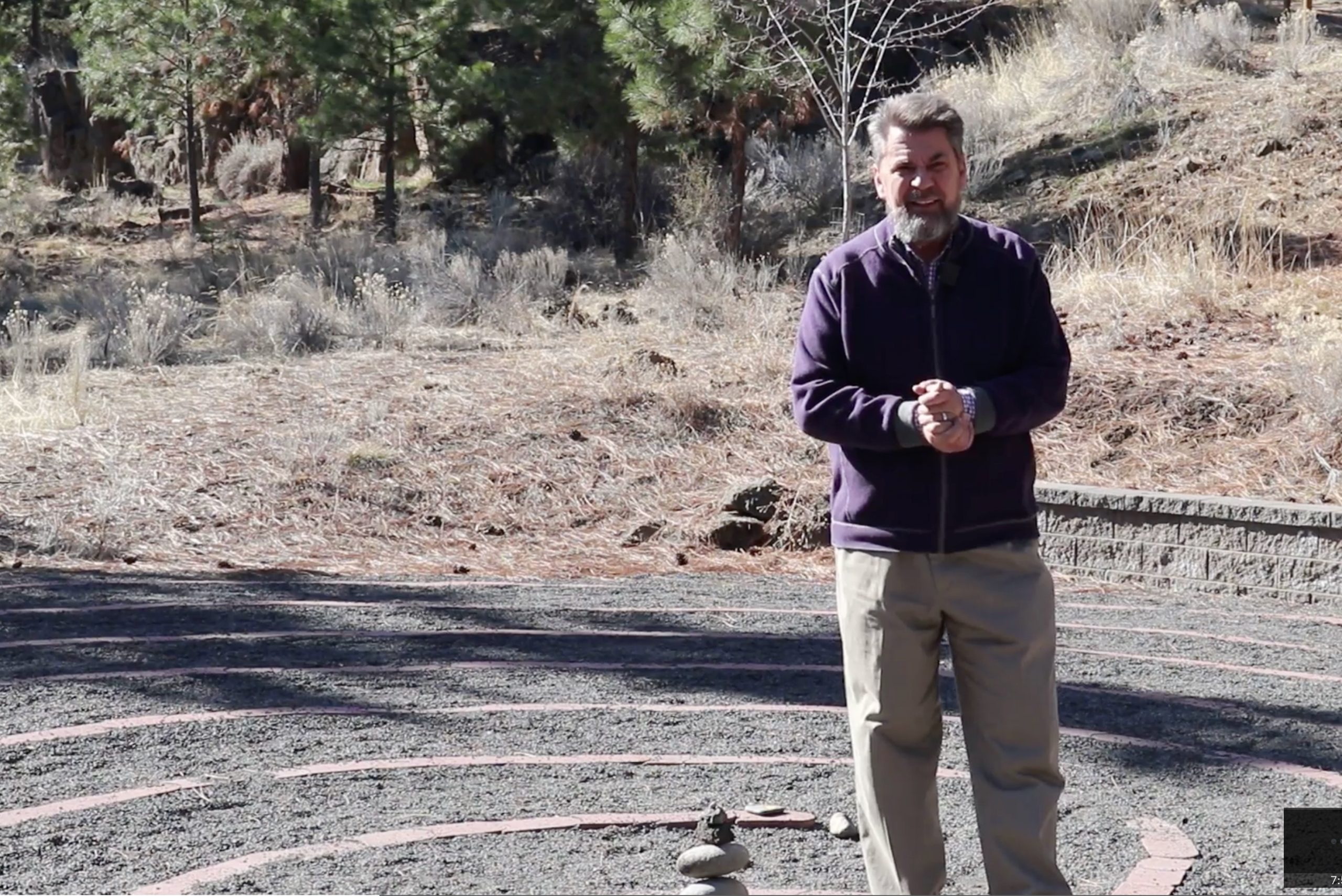 Here I am in the wonder room in the church, this is the space to nurture the wonder and the imagination and the creativity of our children. Today, I am in this space because I’m inviting us to ask a question that might kind of nurture our own imagination. What if. You know, Jesus, Jesus said to his followers near the end of his life in the Gospel of John 14 12, you will do greater things than I. What if.

We believed and lived. As if that was true, what if? That question, those two words, can change everything. I was reading an article by a writer who was talking about writers stumbling block and and this this article suggested that when a writer faces a stumbling block and the story just isn’t moving forward, a writer or a writer will often ask, what if? You know what, if the central character wins the lottery, what if they discover a secret?

What if they’re told they have six months to live? What if they find the courage to abandon the scripts that others have given them, expecting them to live this way and find the courage to follow their own calling, their own passion, even against other people’s advice? What if the writer of this article suggested that, that what if? Kind of dislodges whatever is blocking the story from moving forward and propels the story ahead. What if. I mean, our church asked, what if what if we we partnered?

With a village in Guatemala where there’s extreme poverty, what if we really, really invested our love in the people and the place? And our partnership with San Lucas Tullman was born and that that mission partnership has has changed lives in Guatemala. But I really think and I really believe that it that it’s transformed our church. I mean, we asked what if what if we were able to provide ID cards? What if we were able to help grow food and send kids to school in three botella villages in Burundi?

And from that simple question, what if more than double the number of people who were going to school are now going to school because of the support they’re given, they have been able to grow crops and add a third harvest season providing food at a time this past year when many, many would have gone hungry because of the support we’ve been able to give. I.D. cards have been provided for three villages which have literally change lives, all of that.

What if what if there was a way what what if what if there was a way for neighbor to help neighbor and pandemic partners was born impacting thousands of lives? What if what are your what ifs? I’m willing to bet that there is a what if in your heart with a spirit. Where the spirit is during, where the spirit is kind of urging you to step outside of your comfort zone, what if you found the courage to choose love over fear?

What if today is Palm Sunday, the day we remember Jesus entering into Jerusalem, the day that kind of sets the holiest of weeks into motion? You know, Jesus could have stayed in in the countryside of Galilee where where it was safe. His friends tried to talk him into not going is his friends knew the risk. They feared for their own safety. You know, there’s one person and Luke Luke, nine fifty one where it says Jesus. Jesus said his face resolutely toward Jerusalem.

Now, there’s the obvious geographical aspect of that verse where Jesus literally was turning away from the countryside of Galilee and heading to Jerusalem. But there’s another meaning of that verse as well. Jerusalem is the capital city, the center of commerce, a center for the kingdom of Rome, the center of power. See, the story changes when Jesus listens, listens to the stirring in his heart. And he asks, well, what if what if I leave the safety of Galilee, where the crowds love me and I go to Jerusalem, where I am a threat.

Each is a manifestation of the love of power and the desperate clinging to that power. Jesus asked, well, what if what if, what if we confront the love of power with the power of love? What if that is our calling? What if we dare to imagine? What if we dared to imagine? It doesn’t have to be that way. It can be different. You know, scholars suggest on that day there were actually two parades, two parades that entered the into Jerusalem on the opposite sides of the city.

So incomes Pontius Pilate on a white stallion, jewels surrounded by his military, kind of wielding their swords, displaying, displaying the love of power, grounded in fear, maintaining the status quo. And from the east came a very different parade that Jesus was leading. Scholars suggest Jesus was very intentional in the way he chose to enter Jerusalem, a peaceful protest against the violence and the oppression of Rome. You know, Scripture said the story we heard earlier said that Jesus asked his disciples to go to a nearby village and not to get him a stallion, but a donkey and not just any donkey.

What if I confronted the love of power with the power of love, a love willing to even lay down my life for them? What if Julio Diaz is a social worker in New York City and every night he would ride the subway home and he would always stop one one stop short of of his stop for his house because he wanted to grab something to eat at his favorite diner every every every night he did this. So he got off the train.

It was dark, stepped onto the platform, and he was met with a teenager wielding a knife. Give me your money. Diaz handed him his wallet. And as the boy started to walk away with his money, with his wallet, something stirred in Diaz’s heart. What if I risked love? What if this story doesn’t have to be like every other story? What if a different ending is possible? Diaz remembered something about Jesus giving the code off of his back, and even to his own surprise, he found himself in the.

Hey, hey, wait, wait. You forgot something. Why don’t you take my coat? It’s really cold out. It’ll keep you warm. The boy turned shocked. What’s wrong with you, man? And Diaz said, you know, if you’re willing to risk your freedom for a few dollars, obviously you need that money. And then Diaz said, hey, I’m about ready to have dinner in this diner over here. It’s my favorite diner.

Do you want to join me? India somehow managed to convince this this teenager to join him, to join him for dinner. They sat in a booth and looked at him and said, Tell me your story. They talked for a couple of hours and the check came and laughed and he said, you’re going to have to pay this because you have my wallet unless you want to give it back to me. Then I’m happy to I’m happy to treat the boy, give him back his wallet.

Dealers gave him 50 dollars to buy some groceries. In exchange for something. Dear said, I don’t know why, but I said, Why don’t you give me your knife? Surprisingly, the boy did and they agreed to meet in that same restaurant one week later and they continue to meet weekly and Diaz said, you know, if you graduate from high school, I’ll help you get through college. The story changes when we’re willing to ask what if what if we risk love, what if we don’t respond in the same old way?

What if we dared to believe that we can build communities where people don’t have to live in fear from the hatred of others, where all can flourish?