Oct 3rd, Where Does It Hurt? with Rev. Kally Elliott.

Posted: Sun, Oct 3, 2021
Oct 3rd, Where Does It Hurt? with Rev. Kally Elliott. For the past several weeks we’ve been in this series, I’ve been meaning to ask. The phrase I’ve been meaning to ask is the beginning of a conversation. It implies that you’ve been thinking about this person that in asking a question, you hope to [...] 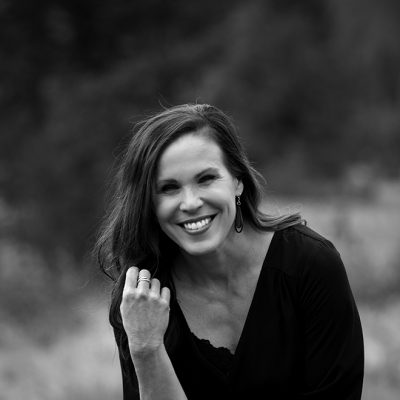 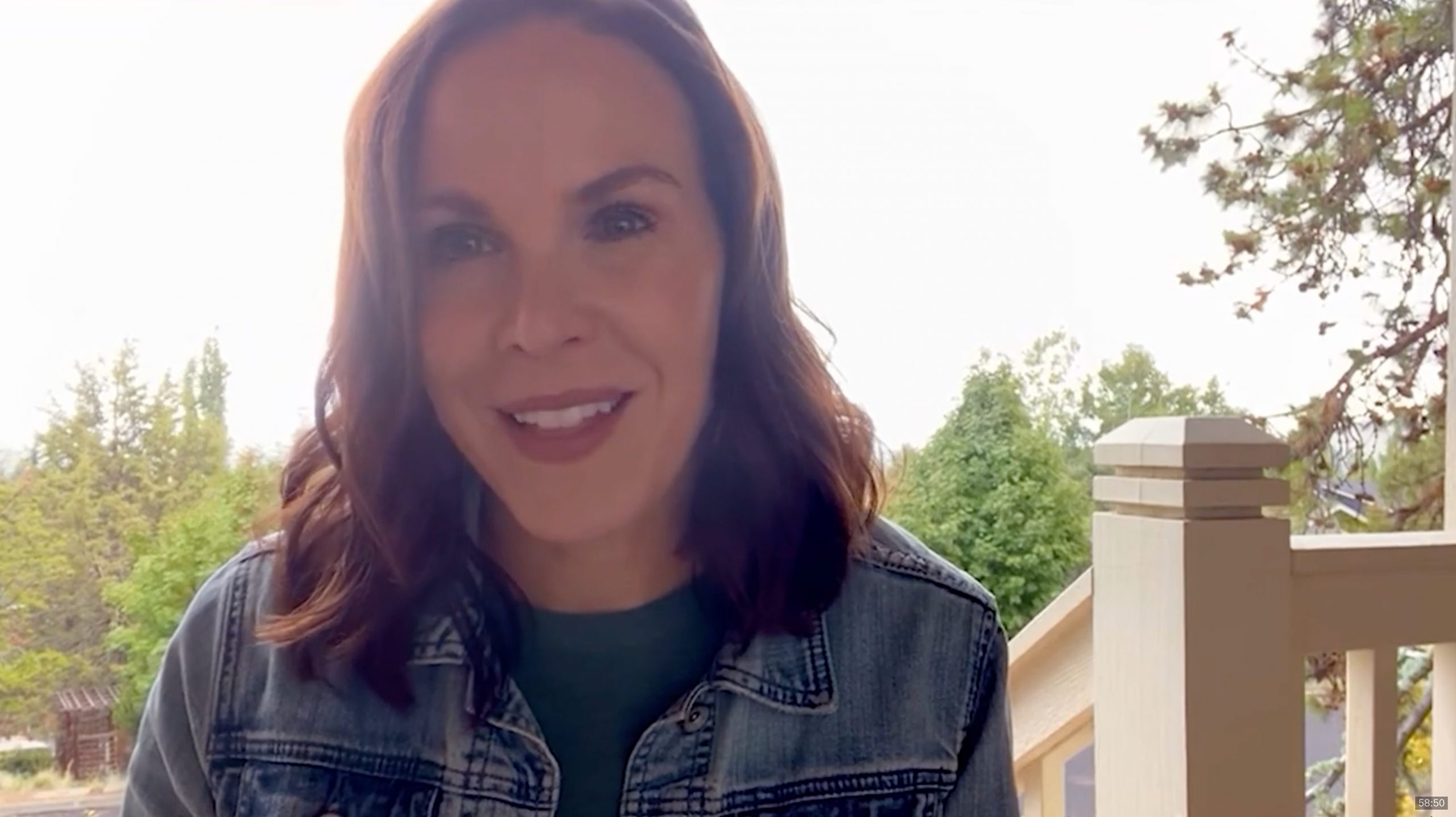 Oct 3rd, Where Does It Hurt? with Rev. Kally Elliott.

For the past several weeks we’ve been in this series, I’ve been meaning to ask. The phrase I’ve been meaning to ask is the beginning of a conversation. It implies that you’ve been thinking about this person that in asking a question, you hope to learn something that will bring the two of you closer. As we continue to live with a pandemic and deep political divide, seeking understanding of those with whom we disagree is more important than ever. Each week we’ve been focusing on a different question with the intention to keep asking, to keep listening, to keep seeking the peace of God in each other.

A beautiful image for sure, and one that I might learn to employ in my own parenting style, as I am usually the mom patting the child on the back and saying, You’re fine, you’re fine. Get back in the game. And I have no doubt that my children will end up in therapy, working out why they are not able to feel their feelings or why they don’t allow themselves to cry. Recounting the many times I consult them to stop whining instead of asking them, Where does it hurt, honey, where does it hurt to ask, Where does it hurt?

It is to show curiosity about another.

It’s a way of saying, I care about you. And it opens ways into courage during a hard time in a hard world. After the Paris bombings in 2015, when the world was reeling with shock, Somali born British poet laureate War Sun Shire wrote a poem that went viral, asking us the question, Where does it hurt? She writes.

I held an Atlas in my lap, ran my fingers across the whole world, and whispered, Where does it hurt?

How lonely sits the city that once was full of people. She weeps bitterly in the night with tears on her cheeks. Her pursuers have all overtaken her. In the midst of her distress.

The lonely city of this poetry was Jerusalem, and she is weeping bitterly because the Babylonians had brutally destroyed the temple and the city surrounding it, sending most of the citizens into exile, telling this horrific story is how the poetry begins. Describing their starvation, the poet laments flesh and skin waste away. With their own hands, compassionate women have cooked their own children who became their food. I can’t imagine anything worse, but the cry continues, and we learn that theirs is a world in which leaders are murdered. Women and children are raped, homes are burned to the ground, and anyone who lived through it was carried off into slavery.

In his book, What Happened to you? Neuroscientist Bruce Sperry rights, I’m often asked about troubling behaviors like, Why is that child acting like a baby? Can’t he act his own age? Or how can that mother stand by and watch her boyfriend beat her child? Why would someone ever abuse a child?

As our conversations have grown more and more heated across deepening political divides, I often hear the phrase, what is wrong with that person, as in there must be a deep flaw in that person for thinking or believing, as she does. Through this series, I’ve been meaning to ask. We’ve been talking about how to have courageous conversations, how to connect with those with whom we disagree, how to see the face of God in the other. And I wonder, I wonder how it might change an interaction or even a relationship if we were to stop and ask, friend, what happened to you?

Where does it hurt?

And I wonder if could that question create space within us to understand and care for each other in a new way? But even if you ask all the right questions, the conversation still may not go the way that you hope. After all, as the saying goes, Hurt people, hurt people. And often the fastest way to offload some of our pain is to find someone to blame.

Well, the poet of Lamentations, that’s just this first turning to God, you, the poet writes, you handed us over to the enemy. You walled me in so that I cannot escape. Even when I call out or I cry for help, you shut out my prayer. It hurts everywhere. And it is your fault, God.

And when it’s not enough to blame God, the poet turns on himself and on the people of Israel, saying we did this to ourselves. Let us examine our ways and test them, and then let us return to the Lord. Pain and distress mixed in with blame, intermingled with guilt. And all of it just poured out in a jumbled. But in this case, poetic mess, because that is what grief looks like.

Grief doesn’t make sense. It doesn’t come out of us in an ordered, linear, cohesive way. It is sobbing into your pillow and in the next moment, finding you have no more tears to cry. It is going out for wild nights with friends in an attempt to forget, and it is staying home, writing dark poetry so you will always remember. It is keeping yourself maniacally busy so as not to think or feel, and it is pulling the covers back over your head to sleep the days away.

Grief is red hot anger at yourself, at the world, at the other, at God. And it is a desperate plea to yourself, the world, the other, and to God. Where does it hurt? Oh, God, it hurts everywhere. And then right there, right in the middle of pouring out pain, the author stops as if a memory strikes him off balance, and he remembers.

Great is your faithfulness tumbled into the grief just like all the other emotions. Is this memory of God’s faithfulness, of being loved by God. The author remembers how God has been there for them, and like a shoot of green on a Baron tree, hope grows even in the midst of all the pain. Maybe the poet thinks, god isn’t all that bad. But it feels a little abrupt to me.

It only takes one line of poetry for the author to skip from despair to hope, and I so want to stop and say, Wait, wait, how did you get there? Sometimes when living in a world where it hurts everywhere, remembering is all that we have of faith. We remember all the ways we’ve experienced God’s love, God’s presence, God’s goodness in our past so that we might soak in enough courage to lift our heads in expectation of experiencing God’s love and presence and goodness in our present and in our future.

And isn’t this what happens in our relationships with people we love? When we stop and ask, Tell me, where does it hurt?

Giving the other a chance to voice their pain, we can’t expect an overflow of jumbled raw emotions, but often often within the jumble of emotions lies the possibility of hope, the possibility that you will remember how you used to laugh together, to care for the other of the good that was and the good that really is. It’s like a remembering of a relationship, a re-membering… Putting the relationship back together. That’s not to say the relationship is healed. Some of the most honest verses in the poems of Lamentation are the last ones of the whole book, the poet says to God, restore us to yourself, oh Lord, that we may be restored, renew our days as of old, unless unless you have utterly rejected us and are angry with us beyond measure, as if to say, oh, God, I’m trying, and I’m hoping, but I’m not yet really sure how I feel about you, nor how you feel about me.

And even though I’d love to wrap this sermon up with a tidy relationship between the poet and God, this ending, it seems much more honest.

It’s a little less Polyanna and much more like how Mary Oliver describes hope as a fighter and a screamer.

People did not give it a whole lot of thought.

It was during the Second World War that the spirit caught hold because we were trying to hold the world together. They were trying to re-member the world. Today as we hold the Atlas of the world in our lap, running our fingers over it, asking, Where does it hurt? And as we hear murmurs of everywhere, everywhere, everywhere, from all over the map, we take bread and break it and we drink wine as a way to remember the one who was broken and poured out so that we might bring the hurting and most broken pieces of ourselves and the world to this table that as we eat and drink together as one body, we might be re-membered back together. Because it’s all too easy these days to become dismembered.

But at the table, your pain becomes mine. My hurt becomes yours.

Their joy is ours. One body remembered made whole.