Posted: Sun, Sep 5, 2021
Sep 5th, God’s Holy Earth with Rev. Dr. Steven Koski. The poet, Elizabeth Barrett Browning wrote, “The Earth is crammed with heaven and every common bush afire with God”. You know, there are people who find God most reliably in a sanctuary, the most reliable place for me to meet God. To encounter the sacred [...] 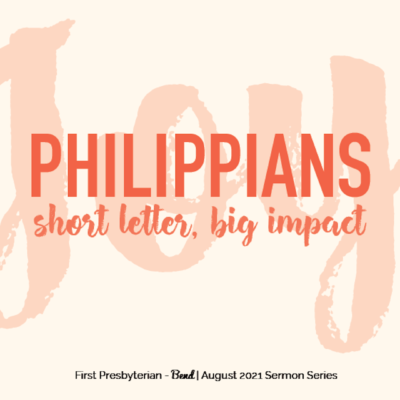 The poet, Elizabeth Barrett Browning wrote, “The Earth is crammed with heaven and every common bush afire with God”. You know, there are people who find God most reliably in a sanctuary, the most reliable place for me to meet God. To encounter the sacred has always been outside of nature. Psalm 19 says the heavens declare the glory of God the firmament of the Earth proclaim God’s handiwork.

You know, creation is the first Bible. Because God is revealed in nature, we meet the Creator in creation. And our modern world has has divorced creation from the Creator and we’re suffering the consequences. We’ve treated God’s Holy Earth as a commodity to be consumed for our pleasure and greed rather than a sacred gift and home that we share with all living things. You know, we’ve been living our lives assuming that what we think is good for us must be good for the Earth. We are wrong and there have been catastrophic consequences for our hubris and arrogance.

It’s interesting how human centric we are, assuming that we are the center and then everything revolves around us. The Earth is 4.5 billion years old, Homo Sapiens, our tribe. You know, we’ve been around for maybe 200,000 of those years. That’s a tiny fraction of Earth’s existence.

We have to move on thinking that the Earth exists to serve us to remembering our first and holiest location is to serve God by caring for God’s Holy Earth. Have you ever been in a small group of friends or family members where you’re enjoying each other’s company? You’re chatting, you’re listening to one another. And there’s this one person, no matter where the conversation goes, that one person always has a way of dominating and bringing the conversation back to themselves. You know, that’s called narcissism an excessive interest and focus in one self and other disregard for all others.

God’s Holy Earth is in the predicament it is in today and us with it not because human beings are on the Earth, but because most human beings tend to have a narcissistic relationship with the Earth. You know, we have an excessive interest mostly in ourselves. Disregarding the consequences of our decision making. The climate crisis at its core is a spiritual crisis. We will not cherish what we take for granted, will not restore and renew what we don’t Revere will not save what we don’t save in regardless, sacred will not serve and make sacrifices for what we think is there to serve us.

We will not heal what we don’t allow to heal us. You know, getting out in nature. This is one of my favorite spots, fighting a trail with dirt under my feet or mountain Lakes to rest upon in my kayak. I don’t know about you, but that’s essential for my emotional and spiritual well being. Nature is the best therapist, the best healer.

How ironic that we turn to God’s Holy Earth to heal us when God’s Holy Earth is in crisis and is crying out for healing, says in Romans 822. We know the whole creation is groaning together and suffering, suffering, labor pains. Up until now, the whole of creation is in crisis, crying out for Healing recently, the United Nations Climate Panel, comprised of the world’s top climate scientists, released a comprehensive assessment of the climate crisis. And they called their report Cold Read for Humanity. You know, these top scientists are clear about one thing.

We’re in trouble. You know, I really encourage you to read the report, but here are the highlights. Humans are to blame for the warming of the planet. Fact, no debate. Temperatures are going to continue to rise.

The weather is becoming more extreme, the ice caps are disappearing, seas are rising and the poorest populations will suffer the worst consequences.

Our future is in our hands. Our choices going forward will determine the outcome. You know, the report didn’t didn’t paint a very optimistic picture, but that’s where we come in. As people of faith, we may not be very optimistic, but we are never without hope. You know, the story of faith is one of life, death and life again.

The story of faith is one of hope, despair and hope again. And maybe hope is the most important contribution we can make and that we must make as people of faith as we confront the climate crisis. You know, hope is different than optimism. When your Earth, your hearts full of hope, you can be persistent when it can’t be optimistic. You can have faith despite the evidence, because when you have hope, a resurrection hope, you’ll take action to change the evidence.

Resurrection hope doesn’t mean that that things aren’t as bad as they see.

Things are bad and things will continue to worsen before they get better. Resurrection hope is the trust that things can and will get better because we trust in a God who brings life from death, a God who works through us through the passion of our hearts, the work of our hands to make a way where there is no way. You know, some of the most hopeful words in the entire Bible are Earth very first words in the book of Genesis, Genesis one where it says, Well, actually, we were taught it says, in the beginning, God created the original Hebrew actually says, in the beginning, God began to create and God continues to create.

God’s not finished with us or the world. Yet God continues to create, to restore, to renew, to heal.

And we’re called to partner with God in that Holy work. There’s a quote that says, if you don’t change direction, you’ll end up where you’re headed. It’s imperative imperative we change course and the resurrection hope that leads to action in a change of direction. Change of behavior begins with a change of heart. The last time I I preached on the climate crisis, I received an email suggesting I I stick to preaching the gospel.

Okay, fair enough. Today I’ll stick to preaching the gospel, which is about sin, repentance and new life. Well, what is sin? Sin in Greek is hamartia, which literally means to miss the Mark.

There is a Mark. There is a target we should be working for. In Genesis one, God declared all of creation not just good, but very good. You know, God’s dream for all of God’s creation, for God’s, Holy Earth, for all of humanity. God’s dream is for all to flourish.

God’s desire for us is to be in harmony, to be in right relationship with creation, with one another, with God.

Some it says, oh, God, Holy God, how beautiful is your name in all the Earth, all that you have made, you have placed in our hands. You know, the Holy Earth is God’s masterpiece. And this gift has been been entrusted and placed in our hands. The Pieta in St. Peter’s in Rome is one of Michelangelo, I think, greatest works of art.

It used to be near the altar in St. Peter’s in Rome in 1970, a man named Laslow Toast who was not well, showed up at the Vatican. He rent toward the Pieta with a hammer in his hands, and he began hitting away at this masterpiece, knocking off Mary’s arm and her nose. And he kept chipping away until he was tackled and arrested. I mean, the world was horrified, horrified that someone would so callously violently selfishly brazenly chip away at this beautiful masterpiece in a thousand different ways, every day, intentionally unintentionally.

We are chipping away at the masterpiece that God has entrusted us.

We’re missing the Mark. We’re sinning and what is needed is repentance. Now I know that’s a scary word. I know that there’s a scary word that comes with a lot of baggage for for many of you. But the word repent in Greek is Metanoia, which literally means a change of mind or to think differently.

Paul says in Roman, Twelve do not be conformed to this world, but be transformed by a renewal of your mind. Be transformed by a change in your thinking. A change in thinking means a change in behavior. The word repent in Hebrew means the turn to change directions. I mean, you’re walking in a certain direction and you realize that it’s the wrong direction.

You need to turn to change course.

God’s Holy Earth is in crisis today, largely because of our ego centric presence and selfishness and sin. We’re missing the Mark. We have treated the Earth as a commodity to be consumed for our pleasure and greed. We’ve assumed the Earth exists to serve us.

We’ve forgotten our first and holiest calling, which is to care to care for the beautiful master peace that God has entrusted us.

I’m not very optimistic about the future, but I have hope. A resurrection hope that comes from a God who brings hope from despair, who brings life from death. I want to introduce you to the newest member of our Church, George Molvehill, the newborn son of Casey and Amy Molvehill, the little brother of Lucile. Isn’t he beautiful? What a gift. What a miracle.

You know, every time a child was born, it means that God hasn’t given up on us yet. I’m hoping to get the baptized George, to hold him in my arms, to tell him he’s a beloved child of God and that he’s loved with a love that will never let him go. I’m hoping you, as a congregation, have the chance, the chance to promise that you will surround George and his parents with the kind of love where where George can flourish and be all that God dreams for him to be.

Let me ask you, what kind of world are we going to leave behind for George and George’s children and George’s grandchildren?

His future is in our heart and our hands.