Jul 31st, Is There Such A Thing As Good Grief?, with Rev. Dr. Steven Koski

Posted: Sun, Jul 31, 2022
Jul 31st: Is There Such A Thing As Good Grief?, with Rev. Dr. Steven Koski. We’re continuing our summer worship series on questions. Responding to the questions that you submitted, someone asked, is there such a thing as grief? I can’t imagine the grief I’m experiencing as ever being good. When I read that question, [...] 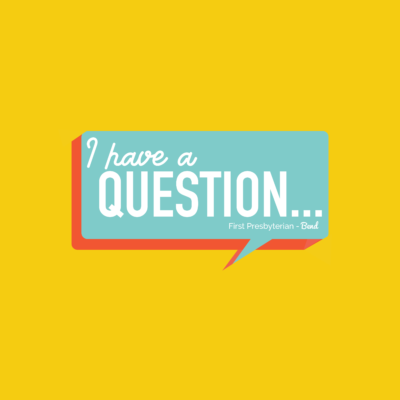 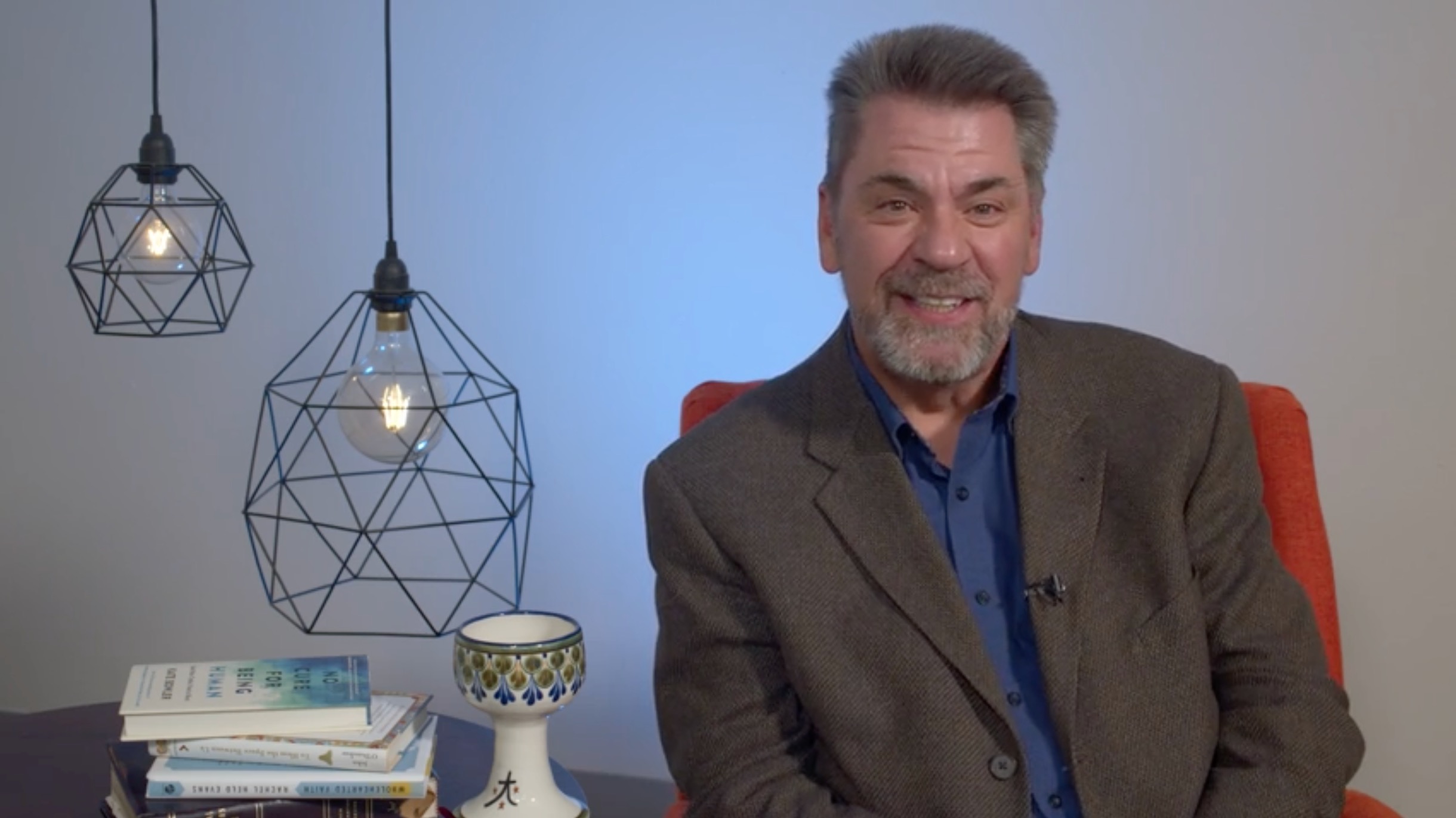 Jul 31st: Is There Such A Thing As Good Grief?, with Rev. Dr. Steven Koski.

We’re continuing our summer worship series on questions. Responding to the questions that you submitted, someone asked, is there such a thing as grief? I can’t imagine the grief I’m experiencing as ever being good. When I read that question, I could feel the heaviness in the question. It reminded me of a Paul Mary Oliver wrote after the death of her beloved partner of over 40 years.

The poem is called Heavy. That time I thought I could not go any closer to grief without dying. I went closer and I did not die. Surely God has a hand in this as well as friends. Still I was bent and my laughter, as the poet said, was nowhere to be found.

Then said my friend Daniel, brave even among lions, it’s not the weight you carry, but how you carry it. Books, bricks, grief it’s all in the way you embrace it, balance it, carry it when you cannot and would not put it down. So I went on practicing. Have you noticed? Have you heard the laughter that comes now and again out of my startled mouth?

So Mary Oliver wrote it’s not the weight you carry, but how you carry it. How can we practice carrying the weight of our grief? So, like Mary Oliver, laughter might come now and again out of our startled mouths. We’re often told the goal in life is to be happy. Parents say that all they want is for their children to be happy.

Hear me clearly. There’s nothing wrong with happiness. But the one constant in life is loss. So I wonder if an equally important goal is to learn how to carry the weight of our loss and grief with grace and resilience. It’s not the weight, but how we carry it.

I want to turn to a beautiful story from the Hebrew Scriptures that might help us carry the weight of our grief. Maybe in a different way. Before I read from chapter one from the Book of Ruth, let me give you some background. The story begins with Naomi married to Alemalek. They live in Bethlehem.

There is a severe drought in famine. So Naomi and Alemalec are forced to move across the river to Moab which is actually modern day Jordan. And they have two sons, Killian and Milan. Now, this is a Jewish family, but both sons marry Moabites, Orpa and Ruth. Now, Moorbites were the despised and dreaded enemy of the Israelites.

Naomi and Alemalek welcome Orpa and Ruth as family even though they have a different ethnicity and religion and they’re actually supposed to be the enemy which says something about their character. And just as things begin to kind of settle down, everything changes in an instant. Life is like that. The only thing that is constant is change and loss. A lemolec dies.

Then both sons die.

Incomprehensible tragedy, unspeakable grief. Naomi, this Jewish woman, and her two Moabite daughter in laws are now bound together in heartbreak and grief as women in this culture, they are now vulnerable. Naomi, Orpa and Ruth lost the men in their lives, which meant in that patriarchal culture, they pretty much lost everything. They lost their social status, their economic security. The Bible talks a lot about caring for the widows and the orphans because widows had no societal safety nets at all.

So there wasn’t just one loss, but a cluster of losses. And that’s the way with grief that we don’t always realize that one loss always means a cluster of losses. So Naomi decides to return home, hoping her extended family in Bethlehem might care for her. She tries to convince her daughter in laws to stay in Moab, knowing they have a much better chance with their own people in their own land. Orpa listens to Naomi and returns to her family.

Ruth refuses to leave Naomi, and Ruth becomes Naomi’s sacred companion on the journey through the shadows of grief.

So with this background in mind, let me read a few verses from chapter one of the Book of Ruth.

Naomi said to Orpa and Ruth, it is more bitter for me than for you because God’s hand has turned against me. And at this they wept out loud together.

Then Orpa kissed her motherinlaw goodbye, but Ruth clung to her.

Look, said Naomi, your sister in law is going back to her people, and her gods go back with her. But Ruth replied, don’t urge me to leave you or turn back from you. Where you go and where you stay, I will stay. Your people will be my people, and your God will be my God.

Naomi realized Ruth was determined to go with her. So the two women went on together until they came to Bethlehem.

It’s interesting that the verb turn is used repeatedly throughout the Book of Ruth as a writing device to keep the movement of the story going. They keep turning.

So I wonder if the key to carrying the weight of our grief is to keep turning. So there are three movements, three turns. We see in this first chapter of Ruth that I think might help us to carry our grief with greater resilience and grace. The first turn is to actually turn towards our pain. In verses 13 to 14, Naomi says to Orpa and Ruth, god’s hand has turned against me.

And then it says, the three of them wept out loud together.

Ancient wisdom says the path to healing is to turn toward our pain, to move closer to actually lean into our pain. Richard ROH reminds us, if we don’t find a way to face and transform our pain, we will just keep transmitting our pain to those around us or turn it against ourselves, or both.

Grief is an energy field. It’s an energy field that wants to move through us the way a storm moves across the summer sky, and not just once, but in waves. And grief can’t move through us unless we actually give ourselves permission to grieve. Otherwise, grieve grief likes to settle into our bones and can cause us to sink into despair. Now, is that a memorial service where the minister was trying to be comforting and said, don’t cry.

Your loved one is in a much better place? I confess. I wanted to stand up and scream and say, no, go ahead, cry. Weep, scream. Relax.

I didn’t stand up. I didn’t say anything. But I wanted to say, cry. Your tears are the sacred honoring of the love that you have been blessed to know and to share. Let your tears flow.

I actually think tears are often more eloquent than the words we try to say.

Sometimes the healing begins when we turn towards our pain, and we actually give ourselves permission for our tears to flow. I think healing begins with honesty. You know, a healthy spirituality is an honest spirituality. Naomi turn towards her pain, and she honestly she honestly expressed her sense of forsakenness. And Ruth and Orpa wept aloud with her.

People aren’t looking for advice. They’re not looking to be fixed. They don’t want to be told it’s all part of God’s plan. Just have faith, you know, everything happens for a reason. Everything’s going to be okay.

That actually creates bravery and resilience. I remember when my dad died, I received lots and lots of messages saying, you’re in my thoughts and prayers. Those sentiments came from a really good place, but really became kind of hollow after a while. So I was putting on a brief front, pretending everything’s okay, that I was okay, until a friend reached out and simply said, I’m so sorry. This really sucks.

Devastated, sad, angry, helpless, guilty, afraid. I could face and feel all of those feelings and knew I wasn’t alone. What a gift it is when people feel permission to turn toward their pain, to honestly express their pain, because they know in you they have a soft, safe, nonjudgmental place to land. Which brings me to the second turning in the story. It’s turning toward one another.

We can carry the weight of our grief better when we turn toward one another. Initially, in the story, Naomi tries to convince Orpa and Ruth to leave her.

We do that sometimes in our grief, don’t we? We turn away. We try to convince ourselves and others we don’t need anybody.

No one can do this journey called life alone.

We need each other. If you get anything from this sermon, remember this one sentence asking for help is not weakness, but a desire to be strong.

Our strength is actually found. It’s found in each other. Perhaps the most beautiful words in the entire Bible are spoken by Ruth to Naomi. Where you go, I will go.

I think it’s interesting that the Book of Ruth is the first book of the Bible where God doesn’t speak. God doesn’t actually show up in the entire book.

I think this is because the Book of Ruth is letting us know that God’s presence shows up through our presence when we show up and when we become the sacred companions to one another on the journey.

The weight of the grief we carry is lessened when we don’t have to carry that weight alone.

Ruth turned towards Naomi and said, where you go, I will go.

Naomi turned toward Ruth and said what sometimes maybe is the hardest and most courageous thing to say, okay? Because I really do need you.

But our faith tells us it’s not the whole story or the end of the story. The losses we experience can become part of our story in a way that enlarges our life or in a way that diminishes our life. Barbara Brahm Taylor said I’ve received gifts in the dark that I would have never had received in the light.

You know, the Book of Ruth starts in tragedy. It starts in grief. Unspeakable grief. Naomi and Ruth turn towards their pain and carry the weight of their grief together. Now, the book ends with Ruth, a Moabite, marrying a Jewish man named Boaz.

That means Ruth the Moabite who carried the weight of tragedy and grief with Naomi was the many times great grandmother of another child of Bethlehem whose name was Jesus.

Friends, just when you think the grief you carry is the whole story is the end of the story.

Just keep walking, because you just don’t know where the road will lead.

It’s not the weight. It’s how you carry it. And as we carry our grief together, there is a love that carries us.