Posted: Sun, Dec 4, 2022
Dec 4th: Yearning for Peace, with Rev. Dr. Steven Koski. One of my favorite moments of the entire year is Christmas Eve when we light the Christ candle celebrating the light of God s love that has entered the darkness of the world in the birth of Jesus. A light we are promised that the [...] 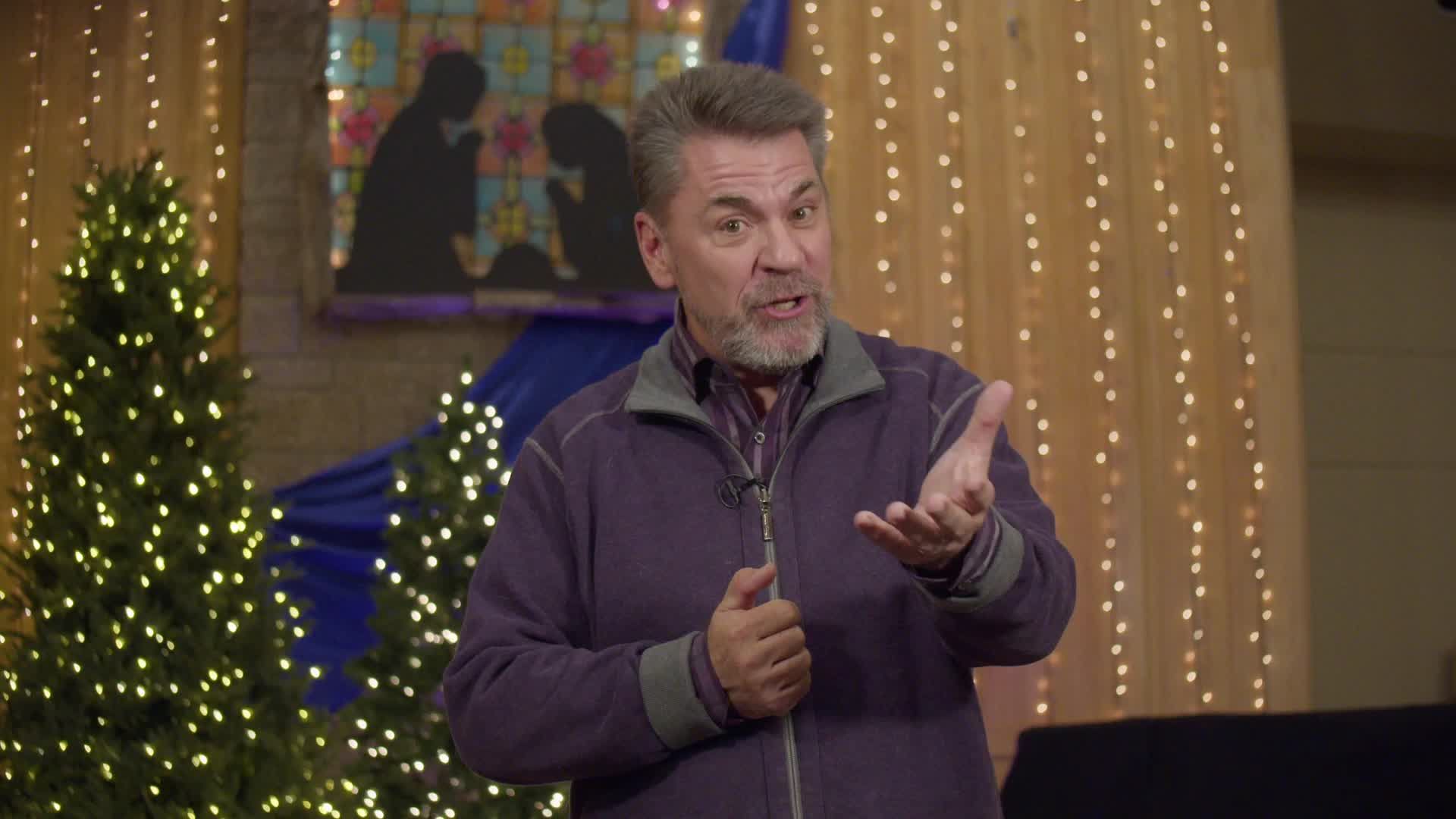 One of my favorite moments of the entire year is Christmas Eve when we light the Christ candle celebrating the light of God s love that has entered the darkness of the world in the birth of Jesus. A light we are promised that the darkness can never, ever extinguish. We pass the light of a candle one to another while singing silent night, silent night, holy night all is calm, all is bright it is such a beautiful moment. I hope you can join us on Christmas Eve. But in that moment in that moment, it’s as if the world the world is still it’s as if we can actually hear the voice of the angels as recorded in the Gospel of Luke saying, peace, peace on earth and goodwill to all. You know, in that moment, even just for a moment, we dare to trust that contrary to all the evidence the world offers otherwise, that peace the peace and goodwill that feels absolutely impossible might actually be possible. You know, so far this year, our country is averaging 13 mass shootings every single week. There have been over 610 mass shootings so far this year. Hard to believe hate crime.

Hate crime is on the rise. The walls that divide us seem to be getting higher and higher. The war in Ukraine, as it goes into the cold, cold winter goes on without any sign of an end. There is little peace in the soul as mental illness, anxiety, loneliness is widespread. Peace and goodwill? That seems like an impossible, even irrational dream. Madeleine Lingle wrote this advent is the irrational season when love blooms bright and wild. Had Mary been filled with reason, there’d have been no room for the child. We let the second candle of Advent this morning the candle of peace this is the irrational season. Can we make room in our hearts for the child we call the Prince of Peace? Today I want to share a story about another time. Another time that silent night was sung a battleground full of death and despair became a holy ground. A holy ground in a way that no one would have imagined possible. For a brief moment, there was peace on earth and goodwill to all. It was December 24, Christmas Eve, 1914. Two great armies, hundreds of thousands of British, French and German soldiers faced each other along a front that extended along the border between France and Belgium, covering 600 miles.

It was a terrible war, as if as if there’s any other kind. Troops were dug in deep trenches cut into solid foggy, muddy soil lit up by candles and flashlights. It was a constant struggle just to keep the mud walls from collapsing and the trenches from flooding. Just 50 to 100 yards away was the enemy trench, and each side’s trench was protected by rolls of barbed wire and in between was called no Man’s Land. Each side posted snipers to shoot anything that moved in the opposite trench. Hand grenades were thrown, artillery shells were lobbed. Occasional charges up out of the trenches were launched, almost always resulting in death. And the trenches were close enough that men in one trench could actually hear their enemies voices. As the first Christmas of that war approached, troops on both sides receive packages from home to try to boost morale. That was incredibly low. British troops received what was called a Princess Mary packet containing cigarettes, pipe tobacco, and a greeting card from the King. The German Christmas package contained tobacco and a pipe. Separately from this, German troops also received gifts of sausage and beer. And one thing more the German government sent a lot of Christmas trees to the troops and the trenches.

And as the sun moved across the sky on December 24, 1914, something strange, unbelievable, unimaginable, impossible began to happen. The shooting slowed down and then came to a halt. No one issued an order. Soldiers on both sides, without any kind of shouting at each other, any kind of notice, soldiers on both sides simply stop shooting. As the late afternoon dusk turned to darkness, british troops, peering through the gloom, saw the most amazing thing christmas trees. Christmas trees with lighted candles lined the edges of the trench. All up and down the line, German troops displayed the Christmas trees their government had sent them, displayed them so that their British enemies could see them. The stillness of this night, the silence, the eerie silence of the artillery, the peculiar light of Christmas tree lights up and down the trenches. That’s how the angels were singing that night. A German voice called out into the silent darkness, a gift is coming. Now the British dove recover, expecting a grenade. But what came across was a boot filled with sausage and chocolate. The British scurry defined one of the Princess Mary packets, the plum pudding and the Christmas cart from the King to send across and reply.

And then, amazingly, the singing started. Patriotic songs, military songs, drinking songs at first, one side, followed by applause from the opposite trench. And then it was eerily quiet. You could say silent. The lighted Christmas trees, the darkness. One soldier actually wrote about this in a letter home, and he wrote, my dearest sister Janet, you won’t believe this. If I hadn’t been through it myself, I would scarcely believe it was possible. Just imagine. While you and the family saying Christmas carols in front of the fireplace there in London, I did the same with enemy soldiers here on the battlefield of France. I could never have imagined such a god forsaken place with such despair and death seemingly devoid of all hope. I could never imagine such a place could all of a sudden become so holy. Yet it was as if holiness swept over us, awakened something within us. And for a few moments, just for a few moments, we actually didn’t see each other as enemies, but as brothers. So on. That night into a darkness pierced only by the lit Christmas trees. All of a sudden came a familiar sound from the German side of the trenches.

Still a knocked high leg a knocked a German soldier began singing silent night, holy night all up and down the Western Front. It spread for miles and miles still a knot high like a knot all is calm, all is bright. The British troops were spellbound and many actually began to join in the singing. And as they sang Silent Night together the two languages merged into one. A language of peace, a language of hope. A language that came from that more beautiful world that each heart knows is possible but is sometimes hard to imagine. They continue to sing into the night. And as the sun rose on Christmas Day a sign emerged from the trenches and voices from both sides. You know shoot. We know shoot. And brave soldiers emerged from both sides unarmed and walked slowly, ever so cautiously up out of the trenches and into no Man’s Land. And they met in the middle. They shook hands awkwardly and exchanged Christmas greetings up and down the line spreading north and south. A spontaneous Christmas truce. Gifts of cigarettes, candy, sausages, plum puddings, chocolates were exchanged and then uniform insignia brass buttons, belt buckles. And then came more singing and drinking.

This impossible truce continued Christmas night and into the second day. And then, after a week or so those who were in power ordered the soldiers back into their trenches and the shooting resumed once again across no Man’s Land. 6000 deaths per day for the next 46 months. But for even a short while the improbable, the impossible became possible. The unimaginable became a reality. On a silent night and a holy night in the trenches the birth of the Christchild, the Prince of Peace interrupted the violence and drew hostile forces together as brothers. And for a few moments just for a few moments gave weary soldiers a taste of peace and goodwill to all again, as one soldier described it I could never have imagined such a god forsaken place with such despair and death seemingly devoid of all hope could all of a sudden become so holy. Yet it was as if the holiness swept over us awakened something within us. And for a few moments in time we didn’t see each other as enemies but as brothers. The story is in a book called Silent Night the Story of the World War One. Christmas truce by Stanley Weintrop.

I know it’s not Christmas Eve and I can’t wait till Christmas Eve but we’re going to sing. We’re going to sing Silent Night right now. And as we sing, may we remember something awakening in those soldiers that interrupted the violence and caused them to come out of their trenches and share an improbable peace. And if even for a few moments as the song is sung may something be awakened in us may we come Out Of The Trenches of Our despair and cynicism, assuming things In This World and Things In Our Life will Never, ever change. May we be the ones who see the darkness who know the darkness is real. And then we light a candle anyway. And we dare to hold that fragile candle up against the wind and pass along the light wherever it’s needed. Remember, this is Advent, the irrational season where Love blooms bright and wild. Had Mary been filled with reason, there’d been no room for the child. May we make room for the child? The one we call the Prince of Peace? May it be so.

and water and shine holy grains and water sweet. 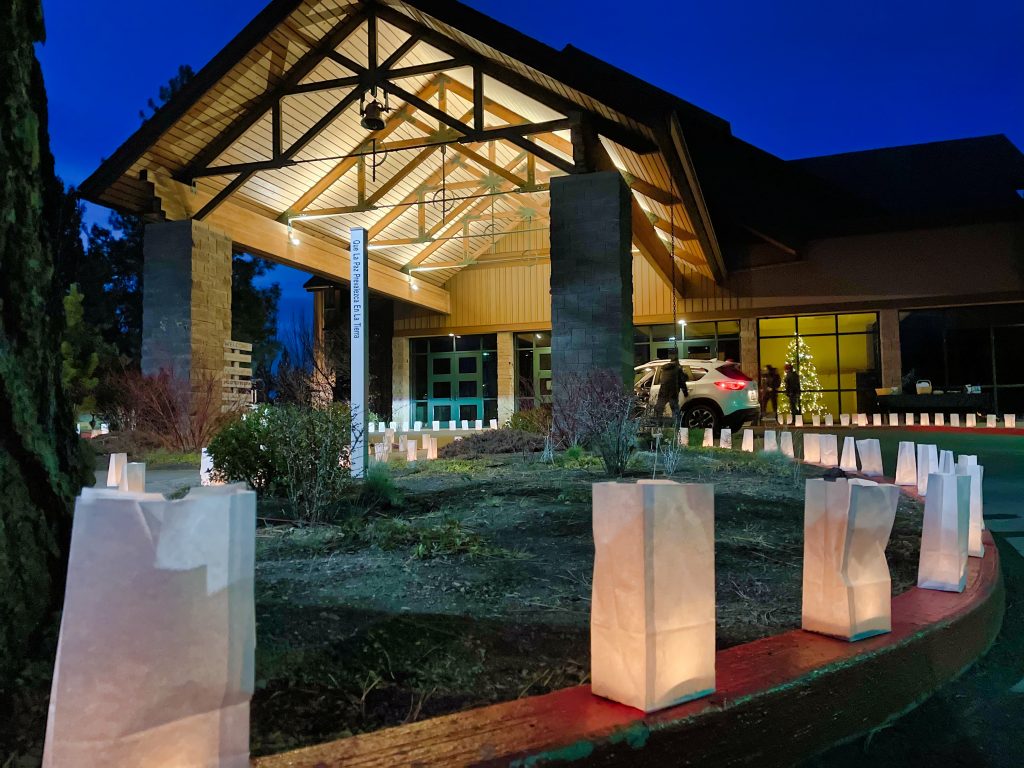