Apr 17th, The Power of a Laughable Faith, with Rev. Dr. Steven Koski

Posted: Sun, Apr 17, 2022
Apr 17th: The Power of a Laughable Faith, with Rev. Dr. Steven Koski. – powered by Happy Scribe Christ is risen. Christ is risen. Indeed. The promise of Easter is that suffering, darkness and death do not and will not have the last word. God does. And the word God spoke that first Easter morning [...] 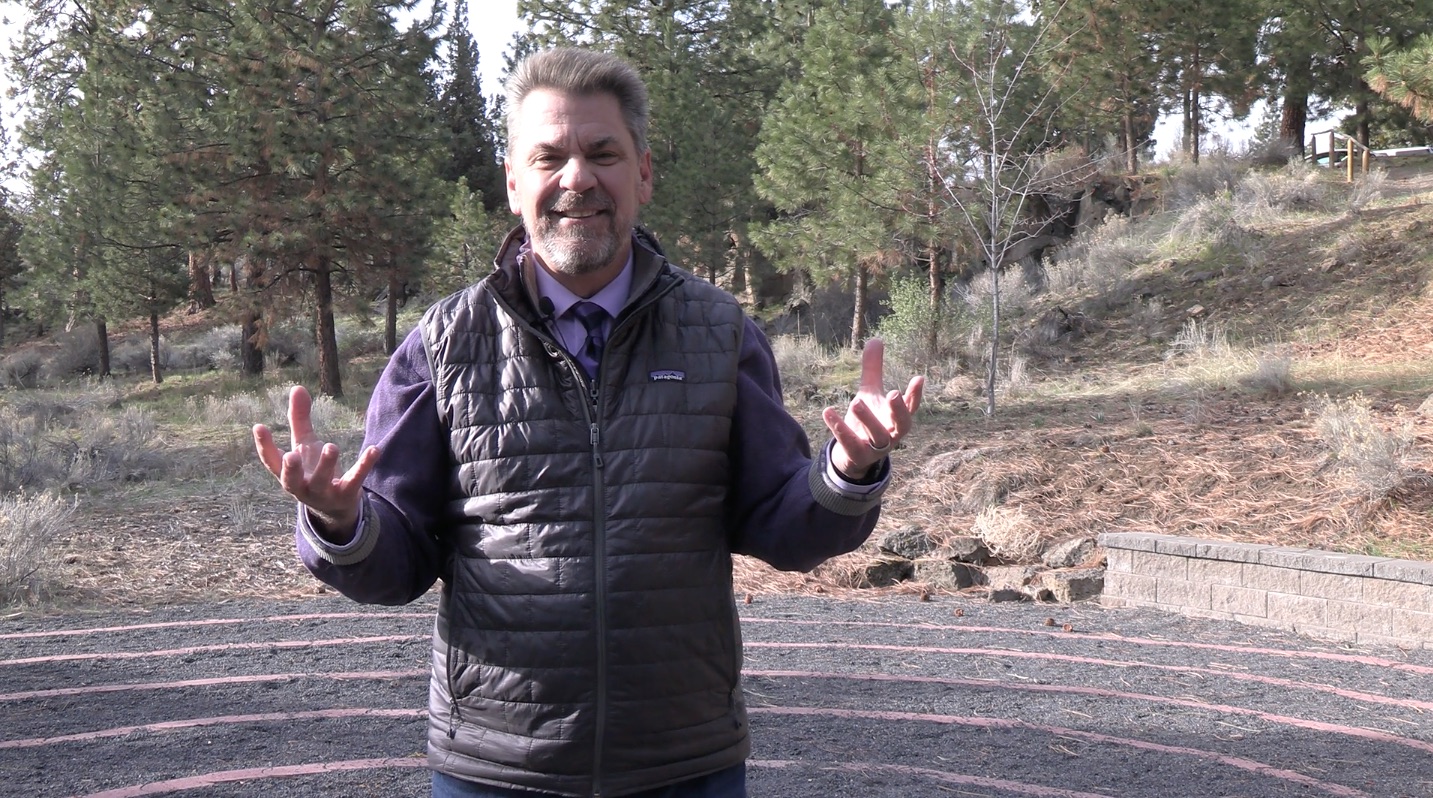 And the word God spoke that first Easter morning was a love that could not be defeated, a love stronger than even death itself. The poet Pablo Naruta put it this way, you can cut all the flowers, but you can’t keep spring from coming. That’s the Easter promise. Today we celebrate an empty tomb.

There’s more than one story about the empty tune. One explanation is that Jesus disciples stole his body in the dead of night. Death is death. Accept it. There’s a limit to what God will do.

Jesus was crucified, and the powers and injustices of this world wins. Now that’s one story, and there’s another story, first told by the Angels and then by the women that he is risen. There is a reality greater than this reality. There is a love that can’t be defeated. There is a hope greater than despair.

There’s a goodness stronger than evil. There’s a light. No amount of darkness can extinguish. Beyond this life. There is more, more life.

And Easter is the day. We are reminded of the importance of deciding for ourselves which of those stories is true, which story will we bet our lives on? Which story will shape the way we live when we love? Thomas Merton wrote, suddenly, suddenly there comes a point when your Earth becomes laughable. Then you decide that nevertheless you still have faith.

There are certain days when the darkness is so deep, the despair so overwhelming, the evil in this world so pervasive, that it really seems laughable to have faith in something more, to have faith that love wins. It’s right there in the Easter story, the women, deeply grieving, went to the tomb to anoint the body of Jesus with spices.

Their dear friend was dead. Their hope of a new world where goodness prevailed, where the hungry were fed, where the sick were cared for, where children mattered, where everyone, even the rejected and the outcasts, had a place at the table. That hope seemingly died and was sealed in the tomb with Jesus.

And they arrived. They arrived to find the stone rolled away, the tomb empty, told by the messengers of God that he is risen. Now the women run to tell the others, the disciples, what they just witnessed. Don’t lose sight that these women were the very first preachers.

So again, one story is that Jesus was crucified. Death is death, and the powers of this world won. And the disciples not willing to accept that Jesus died as a common criminal on a cross. So one story suggests that they created a myth of resurrection.

Now most of these disciples gave their lives. They died as martyrs for Christ.

Would you give your life for a myth you created yourself? Or would it be much more likely you would give your life for something much greater than yourself. And then there’s the women. In the first century, women weren’t even permitted to testify in court because they weren’t considered reliable witnesses.

Now why would anyone invent a story in that context in which women were the primary? In some accounts, the only witnesses doesn’t make sense. So the only plausible explanation is that even though even though the story might seem utterly laughable, it is true. Our scripture says the men didn’t believe the women, dismissing their story as an idle tale, utter nonsense laughable. It was only Peter who was curious.

I find it such a beautiful twist that those who wouldn’t be believed anyway were the very ones entrusted to tell the story that he is risen. We gather on Easter to shout Christ is risen and celebrate this impossible story that defies all reason and logic and common sense, a story, as Thomas Merton says, that is laughable.

You know, when you’re faced with the challenge of expressing a truth for which you simply don’t have words big enough, I always find it’s a good idea to turn to the simple. And for me, no one affirms the truth of Easter better than Dr. Seuss and his book on beyond zebra. Here’s how it begins. A is for ape, B as for bear, C as for camel, H is for Hare onto Z is for zebra.

I know them all well, said Conrad Cornelius O’Donnell Odell from beginning to end, from the start to the close, everyone knows Z is as far as the Alphabet goes. That he almost fell flat on his face on the floor when I picked up a chalk and drew one letter more a letter he’d never dreamed of before in the places I go and the people I see I couldn’t survive if I stopped at Z. So on beyond zebra. It’s high time you were shown that maybe, just maybe, you don’t know all there is to be known.

That’s the promise of Easter. Just when you think Z is as far as the Alphabet goes, God does something laughable. Picking up the chalk, drawing one letter more a letter, a letter you’ve never dreamed of before. Anna Mont said Easter isn’t about proving anything, as if you could possibly explain the unexplainable. Anyway, she said, Easter is about choosing to believe and to bet your life on this one thing, that love is bigger than any of the grim, bleak crap life can throw at us.

I don’t know about you, but I’m willing to bet my life even if it seems laughable on the conviction. Love wins. And if love isn’t winning, it just means the story isn’t over yet. Because if love wins, we keep feeding the hungry, even though the line for the bread today is longer than it was yesterday. If love wins, we keep praying and working for peace, even when peace seems laughable, we keep fighting for a world where every life is sacred, even though hate seems to be winning.

If love wins, we find the courage, the courage to have those brave conversations with those who see the world differently than we do. If love wins, we can sit with our loved ones with Alzheimer’s, who don’t even recognize us because we trust. We trust that kind of suffering will never have the last word. If love wins, I can say to you, if you’re going through hell like I know so many of you are right now, keep going, because I know the worst thing will never be the last thing. If love wins, we can say to those who only know the taste of their own griefstricken, tears, there is a love stronger than even death, a love from which you can never be separated.

It was burned, scarred. Miraculously, it somehow was still rooted in the ground. I mean, buried under the smoking rubble for a month. A month after 911 in October, someone spotted the tree and noticed it was putting out leaves. I mean, it was laughable that a tree would sprout leaves in October in New York City, in the first peace, let alone a tree sheared in half, buried under smoking rubble.

And arborist said the only kind of tree that puts out leaves in October is a tree that wants to live and wants you to know what she’s made of. Well, they carefully remove this tree with its roots from the rubble. And it was said that this calorie pear tree was the last living survivor removed from the 911 destruction. They took the tree to a nursery where it could be cared for. But no one really expected it to survive.

And not only survived, it thrived. And one day, an arborist noticed a nest. It might seem laughable, but a Dove was building a nest in the very center of the tree. A Dove, the symbol of peace, made a nest and a home in the center of that tree. And years later, they were building the next tower and the Memorial in the place where the Twin Towers fell.

People had forgotten about the servantry. And one project engineer had this vague memory of a pear tree with leaves. In October, rescued from the rubble, he tracked it down and they decided to replant it in the new site. And that’s where it is today. Living, thriving, blossoming.

And if you look at this tree up close, you can see where the tree is rough, Where it is gnarled and scarred and that’s never going to go away. The trauma that that tree endured is always going to be part of that tree story. But you will also notice new smooth branches growing out of the gnarled stumps. That’s new life, that’s resurrection. Easter isn’t a fairy tale where all the pain and the difficulties erased.

Easter is a story that embraces everything we’ve survived, every scar we have, every hurt and trauma we carry and says that isn’t the end of the story. There’s more. One letter more from death comes life. The fact that this tree survived and is thriving is laughable. Seelings from the survivor tree from that survivor tree are given each year to three communities that have endured tragedy.

And it has already been decided that next year, seedlings from the survivor tree will be donated to Ukraine.

This world could use a few more people willing to bet their lives on a faith that might seem to the rest of the world as laughable. A faith that trusts even now God is picking up the chalk drawing one letter more a letter we’ve never dreamed of before.

Friends may the seedlings of a foolish faith be planted deep deep in your hearts today may that love stronger than even death itself Rise within your hearts on this Easter and give you the courage to prove with your life that love wins. And if love isn’t winning It just means the story isn’t over yet.